MADISON, Wis. (AP) — A man whose arrest last summer ignited a violent protest in downtown Madison has pleaded guilty to four misdemeanors and has been sentenced to time already spent behind bars.

Devonere Johnson, 29, entered the pleas Monday to resisting arrest, criminal damage to property and two counts of disorderly conduct in a plea deal with the Dane County district attorney, the State Journal reported.

Johnson didn’t make a statement in court Monday, but said at an earlier hearing that he had learned self-control during his time in jail.

The disorderly conduct and resisting arrest charges relate to threatening business owners, creating disturbances and resisting officers who were trying to arrest him June 23.

Johnson was charged with criminal damage for spray-painting graffiti on the Wisconsin Law Enforcement Memorial on the state Capitol grounds. He was ordered to pay $208 in restitution for the damage.

Johnson’s arrest sparked a protest during which two statues on the Capitol grounds were toppled, an attempt to burn the City-County Building was made and a state senator was assaulted. 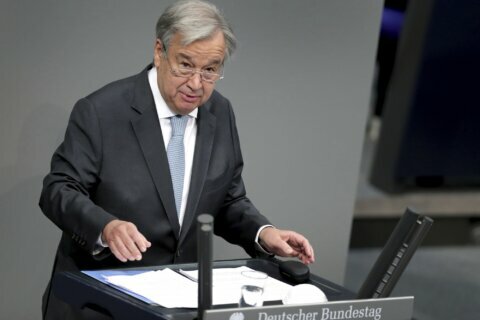