In 2020, AP photographers captured a world in distress

Associated Press photographers captured in 2020 a world beset by every sort of catastrophe -- natural and unnatural disaster, violent and non-violent conflict. And, in every corner of that world, the coronavirus.
Listen now to WTOP News WTOP.com | Alexa | Google Home | WTOP App | 103.5 FM
(1/15) 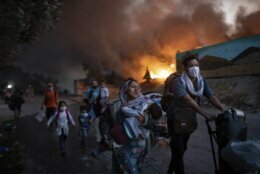 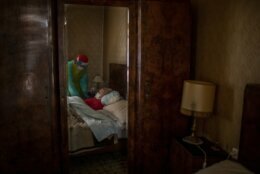 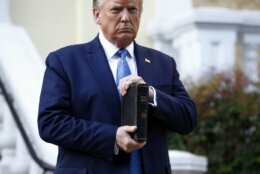 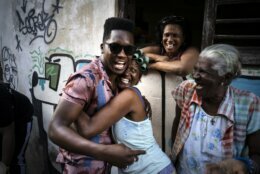 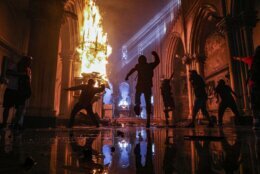 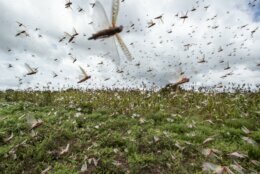 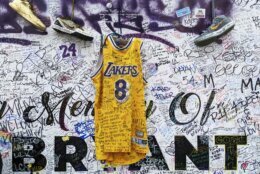 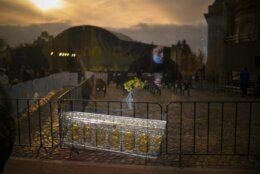 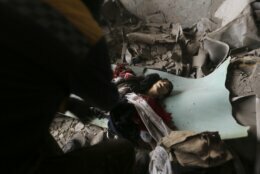 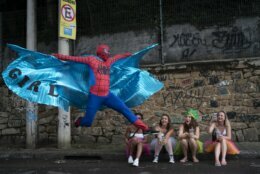 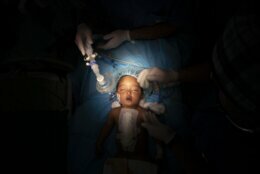 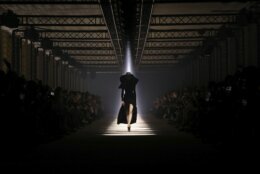 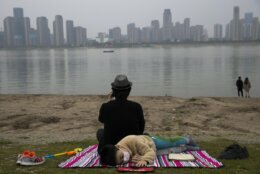 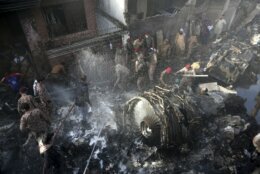 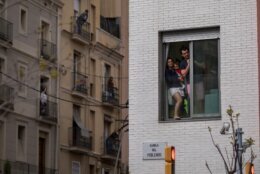 Behold, a world in distress:

A 64-year-old woman weeps, hugging her husband as he lay dying in the COVID-19 unit of a California hospital. A crowded refugee camp in Lesbos, Greece, engulfed in flames, disgorges a string of migrants fleeing this hell on Earth. Rain-swept protesters, enraged by the death of George Floyd in police custody, rail against the system and the heavens.

This is the world that Associated Press photographers captured in 2020, a world beset by every sort of catastrophe — natural and unnatural disaster, violent and non-violent conflict.

And, in every corner of that world, the coronavirus.

There are the living: Women cover themselves head to toe with chadors, protective clothing and gas masks to prepare a body for burial in Iran. An octogenarian couple kiss through plastic in Spain.

There are the dead: Relatives, traveling by night and by boat, travel down a Peruvian river to bring a body home for burial. Row upon row of new graves are dug in the largest cemetery in Latin America.

And there are those who negotiate the grim space between life and death — among them, 16 Italian doctors and nurses exhausted from their labors, their faces haunted and haunting.

Amid the pandemic, it was sometimes easy to overlook the world’s other turmoil — and its tragedies. A loving uncle carries his 11-year-old niece away from the devastation of a massive explosion in Beirut — her neck was broken, and her older sister died. In Syria, emergency workers pull the body of a boy killed in a government airstrike from the wreckage.

Wildfires gave the American West an eerie glow; a volcano eruption clouded the sky over Manila.

Across the United States, photographers documented an epic and bilious presidential campaign. An exultant Joe Biden, projected on a massive monitor under fireworks after he accepted the Democratic presidential nomination. A dejected Donald Trump, after a sparsely attended rally in Oklahoma.

And perhaps the most appropriate image of 2020? It was captured during the waves of protests and riots in the aftermath of George Floyd’s death. A protester strides past a burning building in Minneapolis; in his hands he holds the American flag.

The flag is upside down — the international signal of distress.