PENSACOLA, Fla. (AP) — Earl Hutto, a sportscaster who went on to serve as a U.S. representative for Florida for 16 years, has died at 94.

His daughter, Lori Hutto, told The Associated Press that the former congressman died Monday in his Pensacola home where he lived with his wife Nancy after retiring in 1995.

Born to a poor family in Midland City, Alabama, Earl Hutto worked picking cotton and selling newspapers and was the first in his family to graduate from high school and then from college. Hutto was a longtime radio and television sportscaster and earned the nickname “Captain Supreme” because of a character he played in an ice cream commercial.

Hutto was the last Democratic congressman to be elected to the state’s 1st District in the western Panhandle, now represented by Republican Matt Gaetz. MSNBC host Joe Scarborough succeeded him in 1995 and posted his condolences on Twitter.

“Earl was as good and decent a man as I ever met in Washington and was a man of great faith,” Scarborough said.

As a freshman congressman in 1979, he was praised for protecting his region’s military industry by convincing others to kill a bill that would have taken helicopter training away from U.S. Navy base Whiting Field near Pensacola to consolidate it with another program in Alabama.

“It would have meant the loss of jobs and economic activity for his district,” Lori Hutto said. “People of the district were very thankful that they had someone in D.C. fighting for them. I know that was a pivotal moment.”

In Congress, Hutto was part of a coalition of conservative southerners who called themselves “Boll Weevils” who helped advance President Ronald Reagan’s economic agenda in the 1980s. He reflected after the death of President George H.W. Bush in 2018 that he was a “great man” who he was pleased to know.

“Even though I’m a Democrat and he’s a Republican, we are Americans and we stand for America,” he told WEAR-TV. 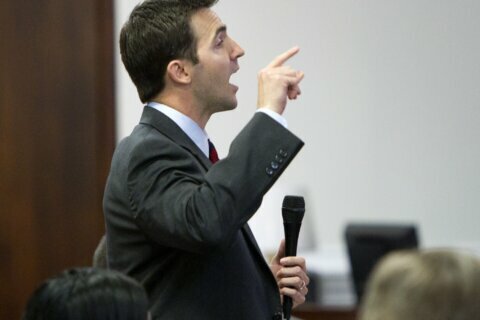