ALBANY, N.Y. (AP) — New York Gov. Andrew Cuomo on Monday denied a former aide’s allegations over the weekend that he sexually harassed her by making inappropriate comments about her appearance.

Cuomo told reporters the claims that former economic adviser Lindsey Boylan made in a series of tweets Sunday were “not true.”

“I fought for and I believe a woman has the right to come forward and express her opinion and express issues and concerns that she has,” the 63-year-old Democratic governor said, making his first comments on the allegations. “But it’s just not true.”

Cuomo’s press secretary previously denied the claims on his behalf.

Boylan, who is running for Manhattan borough president, tweeted that Cuomo “sexually harassed me for years.” She added that “many saw it, and watched.”

“I could never anticipate what to expect: would I be grilled on my work (which was very good) or harassed about my looks. Or would it be both in the same conversation? This was the way for years,” she continued.

Boylan, 36, worked for the Cuomo administration from March 2015 to October 2018, serving first as executive vice president of Empire State Development and then as a special adviser to Cuomo for economic development.

Earlier this month, Boylan tweeted that working in Cuomo’s administration was the worst job she ever had, calling the environment “beyond toxic.”

Personnel memos written in 2018 and obtained by The Associated Press indicated that Boylan resigned after she was confronted about complaints about her own office behavior.

Boylan did not provide details of Cuomo’s alleged harassment and didn’t respond to messages from The Associated Press.

Boylan tweeted Sunday, “To be clear: I have no interest in talking to journalists. I am about validating the experience of countless women and making sure abuse stops.”

Cuomo didn’t answer when asked Monday if he remembered instances where he commented on Boylan’s looks, instead reiterating that he denied her allegations. 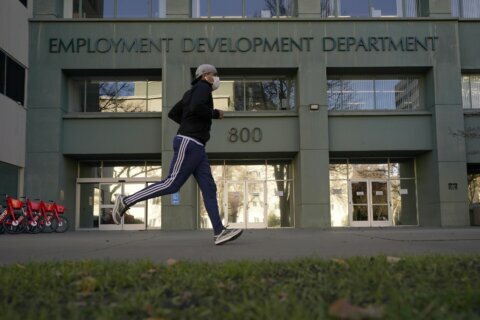