RALEIGH, N.C. (AP) — Police unlawfully obtained evidence of drugs, a gun and counterfeit money at a North Carolina home because officers took a late-night shortcut through the suspect’s yard, instead of walking up the driveway, the state Court of Appeals ruled on Tuesday.

A three-judge panel ruled 2-1 that Gastonia officers lacking a search warrant crossed the line in December 2017 when they walked onto the front yard of Michael Shane Falls for up to 20 feet (6 meters) even though there was a “no trespassing” sign present. Wearing dark clothing, the officers then emerged through trees to speak to Falls before he could drive away.

The officers exceeded the “background social norms” expected of a traveling salesperson or other visitor approaching the house as they planned to perform a “knock and talk,” Court of Appeals Judge Chris Brook wrote. That’s when police knock on the door of a home to gather information from those inside, often with the goal of receiving consent to perform a search.

“Common sense tells us no Girl Scouts would attempt such audacious efforts in peddling their cookies,” Brook wrote. “Accordingly, we must suppress the fruits of the officers’ unconstitutional search in this case.”

The officers had received an anonymous tip that Falls was growing and selling marijuana out of his home, according to evidence cited in the opinion. The officers parked nearby and later walked in the right-of-way near Falls’ property.

About 9:30 p.m., the officers saw the suspect get into a car and made a beeline to it. Falls was handcuffed because he wasn’t listening to commands, and an officer found inside the car a revolver and some vials with oil inside.

An officer ultimately knocked on the front door, where Falls’ fiancé was inside. The officers obtained a search warrant for the home and located more evidence. Falls pleaded guilty to charges and received a suspended prison sentence after unsuccessfully challenging the refusal of Superior Court Judge Daniel Kuehnert to suppress the evidence obtained.

In reversing the refusal, Brook wrote the officers failed to behave as a peddler or even trick-or-treater would. Many courts have found late-night police inquiries unreasonable, and the no-trespassing sign signaled the yard wasn’t open to the public, according to Brook. Court of Appeals Judge Valerie Zachary agreed with Brook’s opinion.

Judge Phil Berger Jr., a former district attorney, wrote a dissenting opinion. He said cutting in the front yard was reasonable in order to speak with Falls to follow up the tip when his car was running, and that the sign alone wasn’t enough to revoke the “implied license” to approach.

The 2-1 decision means the state Supreme Court is obligated to hear the case if requested.

Berger joins the Supreme Court next month after his November election victory. Brook, formerly an attorney for the American Civil Liberties Union of North Carolina, lost his election and will be leaving the intermediate appeals court in a couple of weeks. 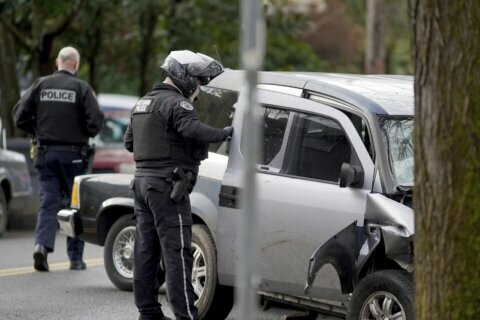