Wednesday was a big day for American Airlines and Boeing as it was the first time since March 2019 that passengers flew on a 737 Max. The jetliner was grounded worldwide following two deadly crashes overseas.

CBS News was on board the American Airlines 737 Max as it took off from Dallas heading for Tulsa, Oklahoma. This was a demo flight, but essentially the first time members of the public have been allowed on since the planes were grounded 20 months ago.

But first, its fleet of 24 Max jets are undergoing extensive maintenance due to the prolonged grounding and required Federal Aviation Administration system upgrades.

“I’m comfortable with the changes that have occurred,” he said. “We have the computer based, but more importantly we have the simulator training, which is really what we should have had from the beginning.” 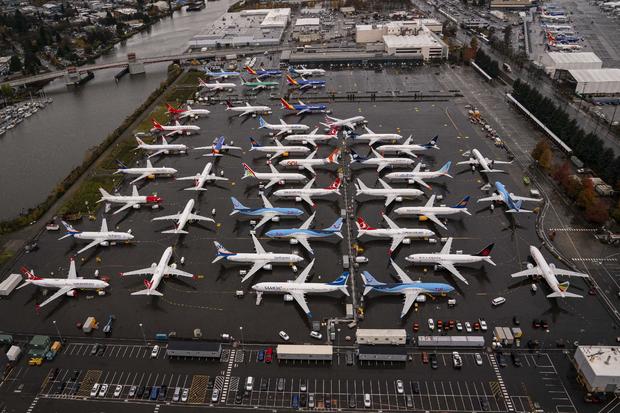 The Max was grounded after two deadly crashes linked to a design flaw in an anti-stall system killed 346 people. American will be the first U.S. airline to resume Max service, starting during the holiday travel rush.

“Our pilots, our mechanics, our flight attendants are all comfortable,” said David Seymour, chief operating officer of American Airlines. “It’s ready to get in the air. And there’s no other reason why we would just wait and continue to hold on it.”

Airline analyst Henry Harteveldt believes bringing the Max back on a route like New York to Miami is “just odd.”

“I believe American Airlines wants to get its 737 Max jets in the air because they are a very cost-effective airplane for the airline,” said Harteveldt. “It is more financially related than customer related.”

American Airlines said it will make it clear to passengers when they are booked on a Max and allow them to change to another plane with no penalty. When service resumes on December 29, it will start with one daily route from Miami to New York and back.