Walt Disney Co. veteran Alan Bergman has been named chairman of Disney Studios, the company said Monday. Bergman will be succeeding Alan Horn, who will remain chief creative officer. Horn and Bergman have been operating as co-chairs since May 2019.

“The Walt Disney Studios’ achievements under the leadership of Alan Horn and Alan Bergman have been nothing short of extraordinary,” said Bob Chapek, Walt Disney Co. CEO, in a statement. “Having worked closely for years with Alan Bergman, an exceptional leader and proven executive, I couldn’t be more pleased to name him as Chairman.”

The position involves overseeing everything from creative and operations to production and marketing for all Disney Studios content from its myriad brands, including Disney Animation, Pixar, Marvel, Lucasfilm and 20th Century Studios. The heads of each studio, from Kevin Feige to Kathleen Kennedy, will report to Horn and Bergman.

“I believe deeply in our people, culture, and the work we do,” Bergman said in a statement. He’ll assume the position officially on Jan. 1.

Bergman has worked at Disney for 24 years and served as president of Walt Disney Studios from 2005 to 2019, helping to integrate Pixar, Lucasfilm, Marvel and Twenty-First Century Fox into the Disney stable of brands.

Both Horn and Bergman will report to Chapek, who took over from longtime CEO Bob Iger in February.

Horn, who joined Disney as Chairman in 2012, said in a statement that, “The time feels right to shift my focus solely to our enormous creative slate.”

The studio has been a market leader for the past few years and last year surpassed a record $11 billion in box office. But with the launch of Disney+ last year and the unforseen complications of the pandemic, much focus has been placed on streaming. 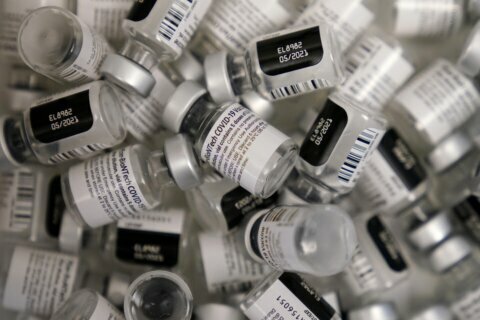