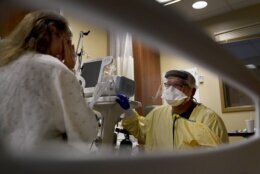 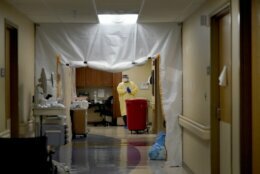 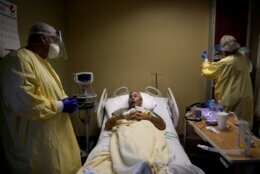 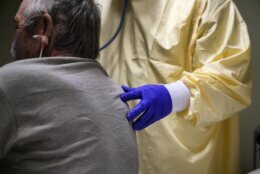 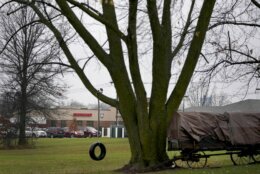 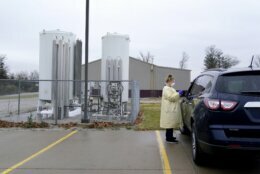 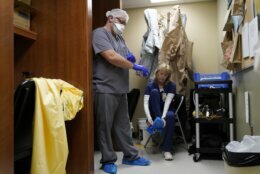 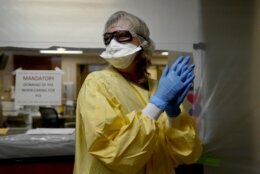 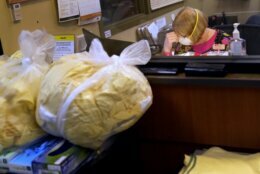 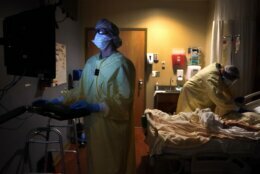 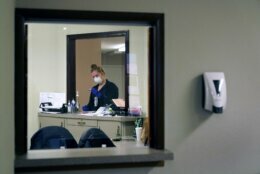 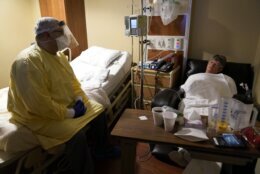 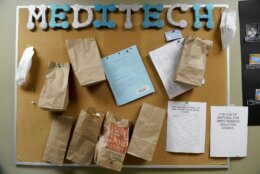 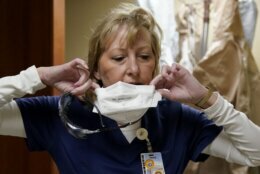 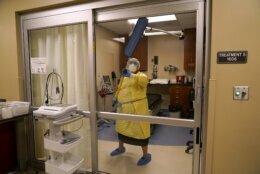 MEMPHIS, Mo. (AP) — As Dr. Shane Wilson makes the rounds at the tiny, 25-bed hospital in rural northeastern Missouri, many of his movements are familiar in an age of coronavirus. Masks and gloves. Zippered plastic walls between hallways. Hand sanitizer as he enters and exits each room.

But one thing is starkly different. Born and raised in the town of just 1,800, Wilson knows most of his patients by their first names.

He visits a woman who used to be a gym teacher at his school, and later laughingly recalls a day she caught him smoking at school and made him and a friend pick up cigarette butts as punishment. Another man was in the middle of his soybean harvest when he fell ill and couldn’t finish.

In November, Wilson treated his own father, who along with his wife used to work at the same hospital. The 74-year-old elder Wilson recovered from the virus.

The coronavirus pandemic largely hit urban areas first, but the autumn surge is devastating rural America, too. The U.S. is now averaging more than 170,000 new cases each day, and it’s taking a toll from the biggest hospitals down to the little ones, like Scotland County Hospital.

The tragedy is smaller here, more intimate. Everyone knows everyone.

Memphis, Missouri, population 1,800, is the biggest town for miles and miles amid the cornfields of the northeastern corner of Missouri. Agriculture accounts for most jobs in the region. The area is so remote that the nearest stoplight, McDonald’s and Walmart are all an hour away, hospital public relations director Alisa Kigar said.

People come to the hospital from six surrounding counties, typically for treatment of things like farm and sports injuries, chest pains and the flu. Usually, there’s plenty of room.

Not now. The small hospital with roughly six doctors and 75 nurses among 142 full-time staff, is in crisis. The region is seeing a big increase in COVID-19 cases, and all available beds are usually taken.

Meanwhile, a staffing shortage is so severe that the hospital put out an appeal for anyone with health care experience, including retirees, to come to work. Several responded and are already on staff, including a woman working as a licensed practical nurse as she studies to become a registered nurse.

The hospital’s chief nursing officer, Elizabeth Guffey, said nurses are working up to 24 extra hours each week. Guffey sometimes sleeps in an office rather than go home between shifts.

It’s especially difficult to watch friends and relatives struggle through the illness while a large majority of the community still doesn’t take it seriously, she said.

“We spend our time indoors taking care of these very sick people, and then we go outdoors and hear people tell us the disease is a hoax or it doesn’t really exist,” Guffey said.

Glen Cowell wasn’t so sure about the virus until it knocked him to his knees.

At 68, Cowell still works his 500-acre farm near Memphis and is healthy enough that he takes no daily pills. He started feeling poorly around Nov. 11, tested positive four days later, then gradually got sicker. On Nov. 18, an ambulance took him to the emergency room. He was treated and went home.

“They only had one bed left and I didn’t feel I was sick enough to take somebody else’s bed,” Cowell said.

But soon, breathing became difficult and nausea set in. Worst of all, his temperature spiked to 104 degrees. Another ambulance trip was followed by a lengthy hospital stay.

He’s not sure where he got the virus but admits he wasn’t overly cautious.

“I’m as independent as a hog on ice,” Cowell said. “I was pretty ambivalent about it. If Dollar General said I had to wear a mask, I wore a mask. If I walked across the street to Farm & Home, I didn’t wear a mask. I really wasn’t aware of the fact that it could get ahold of you and not let go.”

Brock Slabach, senior vice president of the National Rural Health Association, based in suburban Kansas City, said it takes “space, staff and stuff” to run a rural hospital. “If you don’t have any one of those three, you’re really hamstrung,” he said, noting that many hospitals face shortages in all three areas.

Wilson spent hours on the phone one day, trying to find a larger hospital capable of providing the critical care that might save a man in his 50s who was critically ill with the virus.

By the time the University of Iowa Hospital agreed to take him, it was clear he couldn’t survive the 120-mile trip.

“I don’t know that getting him to Iowa City would have made a difference,” Wilson said. “Sometimes people are sick enough that they’re not going to survive, and that’s the reality of what we have to deal with. But it’s still pretty damn frustrating when you’re sitting here with your hands tied.” 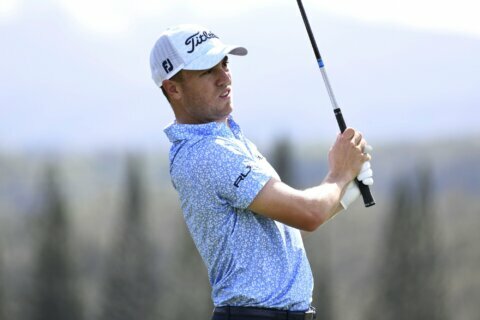