New Jersey is doubling down on its drive to dominate the offshore wind energy supply chain in the U.S., adding a $250 million facility to build the huge poles supporting wind turbines to a second planned facility where blades would be built.

On Tuesday, Gov. Phil Murphy unveiled plans to build a facility to build monopiles, the steel columns that support offshore wind turbines at the Paulsboro Marine Terminal on the Delaware River in southern New Jersey. Groundbreaking is set for next month, with production beginning in 2023.

The announcement came six months after officials announced plans to develop the New Jersey Wind Port in Lower Alloways Creek Township, which would be a first-in-the-nation infrastructure investment providing a location for staging, assembly, and manufacturing activities for offshore wind projects on the East Coast.

“This is the largest industrial offshore wind investment in the United States to date, and will create hundreds of high-paying jobs at a time when New Jersey’s economy has been ravaged by the COVID-19 pandemic,” the Democratic governor said. “Coupled with the creation of the New Jersey Wind Port that I announced earlier this year, this investment will continue to cement New Jersey as the leader in offshore wind in the United States.”

The Paulsboro project will include financing from Orsted, the Danish wind energy company currently working on a proposed wind farm off the coast of Atlantic City; EEW, an Erndtebrück, Germany company that supplies monopiles to Orsted projects in Europe; state tax credits, and support from the U.S Department of Energy.

Spokespersons for Murphy could not immediately give a breakdown of the funding contribution of each group, saying details were still being worked out. The governor said it would create 500 jobs when completed.

The Paulsboro site is envisioned as the second part of a one-two punch intended to give New Jersey leadership of the offshore wind energy, particularly manufacture of its component parts.

The state Economic Development Authority is leading development of a separate project, the New Jersey Wind Port, whose cost is estimated between $300 million to $400 million, and which could generate $500 million of economic activity a year once it is fully functional.

It will be built on an artificial island in the Delaware River in Lower Alloways Creek Township in Salem County, next to the Hope Creek Nuclear Generation Station. Public Service Electric & Gas Co., which owns the nuclear plant, also owns the land on which the wind port will be built.

It is expected to create 1,500 permanent jobs, along with hundreds of construction jobs.

The idea is to create a facility where the turbine blades that are essential to offshore wind farms can be built, then put on ships and sent out to sea for deployment. Having such a facility could supply wind projects currently being considered from North Carolina to Maine. 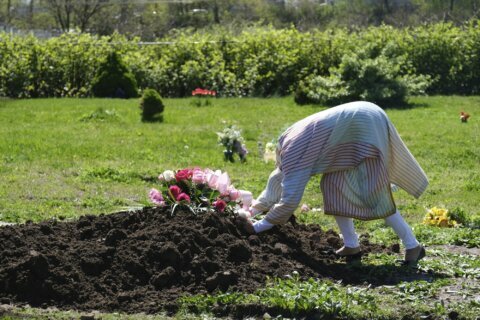