Some GOP governors shift on mask mandates as hospitals fill

IOWA CITY, Iowa (AP) — After Republicans expanded their control of Iowa’s Legislature this month, Gov. Kim Reynolds said the outcome was a validation of her small-government approach to managing the coronavirus pandemic.

But as Iowa hospitals rapidly filled up in the days after the election, the GOP governor reluctantly embraced a policy she had once considered government overreach and vowed never to enact: a statewide mask mandate, however limited.

“If our health care system exceeds capacity, it’s not just COVID-19 we’ll be fighting. Every Iowan who needs medical care will be put at risk,” Reynolds said in a prime-time address Monday, warning that ambulances, first responders and routine preventive care would soon be unavailable without action. “If Iowans don’t buy into this, we lose.”

Reynolds is joining Republican governors in Utah and North Dakota in changing course on the pandemic response since the Nov. 3 election and issuing mask mandates and other restrictions as coronavirus cases skyrocket across the country. GOP governors in Ohio and West Virginia have also recently strengthened existing mask mandates, while Mississippi’s governor expanded the state’s partial mandate to cover more counties.

By belatedly mandating masks, the governors are tacitly acknowledging the failure of their earlier hands-off approach to public health. Health officials have long called for widespread mask wearing to prevent the spread of the disease. Governors who resisted for ideological or political reasons now find themselves in the throes of a crisis and forced to follow science or risk making a dangerous situation worse through their inaction.

The changes are backed by growing evidence that cloth masks protect not only those around an infected person but also those wearing them. The Centers for Disease Control and Prevention says masks help prevent asymptomatic people from spreading virus-laden droplets when they cough, sneeze and talk and help wearers to avoid inhaling them.

The governors, their advisers and other observers say they are simply responding to the rapidly worsening public health crises in their states.

“Our situation has changed, and we must change with it,” a somber North Dakota Gov. Doug Burgum said after he signed a surprise executive order late Friday requiring people throughout the state to wear face coverings inside businesses and other indoor public settings.

Burgum had previously urged people to wear masks while promoting a “light touch” by government. But by last weekend, there were few intensive care unit beds available in the state, and the governor said doctors and nurses urgently need help.

In Iowa, Reynolds had for months resisted growing pressure to enact a mask mandate, rebuffing recommendations from White House experts and medical groups. She said that it would be a “feel-good measure” that would be unenforceable and that she trusted Iowans to wear masks and take other precautions voluntarily.

Reynolds announced no new restrictions during October as cases increased in Iowa faster than nearly every other state. She spent part of the month campaigning for President Donald Trump and other Republicans at events where hundreds or thousands of maskless supporters gathered in defiance of public health guidance.

In the two weeks after the election, COVID-19 hospitalizations in Iowa doubled to more than 1,500 by Monday. Hospitals began filling up, canceling elective procedures in order to free up beds and transferring patients. Health care workers were exhausted, and many were in quarantine or isolation after exposure or infection.

The governor feared that the state’s health care system would soon be overrun and that the crisis would get worse if maskless relatives got together for large indoor Thanksgiving celebrations across the state.

“I think we’ve hit a point where positive cases are just too much. She had to do something,” said David Kochel, a Republican political consultant who advises Reynolds.

Utah Gov. Gary Herbert, who is leaving office in January, said the timing of his post-election move wasn’t political. Instead, he said it was an essential step to avoid disaster with a surge already threatening to overwhelm hospitals ahead of the holiday season.

Still, 13 other states with GOP governors still have no statewide mask mandates, and many of them have affirmed their opposition in recent days even as cases, hospitalizations and deaths rise in their states.

South Dakota Gov. Kristi Noem on Wednesday asked people to respect those who don’t wear masks and stood by her decision not to issue a mandate.

“We talk often about the government’s role in a situation like this in dealing with a pandemic,” Noem said. “At this point, frankly, I’m getting more concerned about how neighbors are treating neighbors.”

President-elect Joe Biden on Monday praised “conservative Republican governors who have stepped up and issued mandates for wearing masks,” singling out Utah and North Dakota. He said the moves were patriotic and could save lives.

Critics of Reynolds called her mandate too little, too late, noting that it exempts schools and churches and applies only to indoor interactions longer than 15 minutes. Iowa reported 40 deaths from COVID-19 on Wednesday, a record for the state.

“She has taken a half step in the right direction,” said Democratic state Sen. Joe Bolkcom of Iowa City. “But we’re still at code red here in Iowa and will be even with the governor’s newfound interest in masks.”

Reynolds may have undermined her new policy at a news conference Tuesday when she acknowledged doubts about whether masks work, claiming that there’s “ science on both sides ” on their efficacy and that cases have risen in states with mandates.

Some of the governors’ fellow conservatives, meanwhile, called her mandate an overreach.

“Mask mandates will likely have the opposite effect of what was intended,” Rep. Steven Holt, chair of the Iowa House Judiciary committee, wrote on his Facebook page. 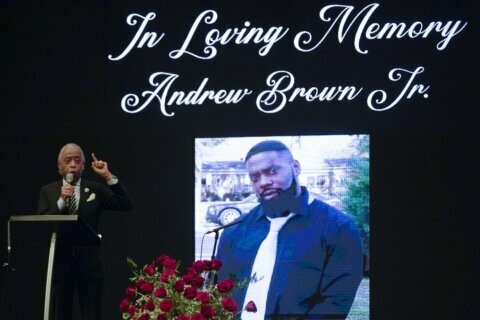