One week in an America riven by politics and the plague 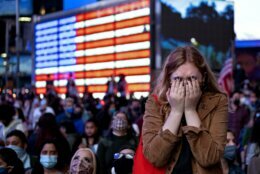 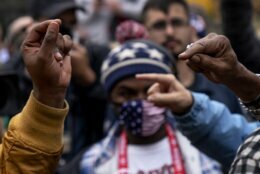 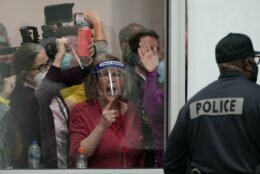 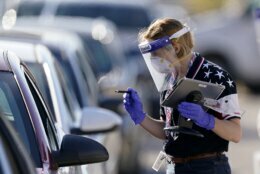 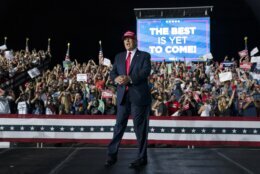 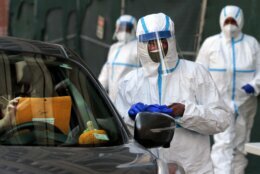 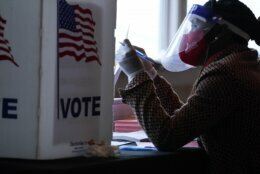 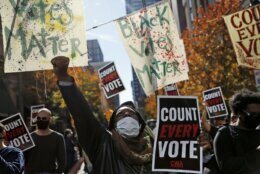 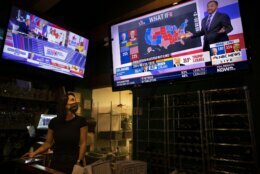 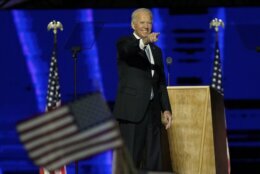 On Nov. 1, as election week dawned, Dr. Juan Fitz lay dying in the same Lubbock, Texas, hospital where he had worked in the emergency room for nearly 20 years.

Months before, he had told a professional journal of his fear that he would bring COVID-19 home to his two young children. But the Army veteran persisted: “Like I tell my students and residents, ‘I am airborne, I am cavalry, I go into the thick of it and, challenged by the situation, find ways to improve and sort things out.’”

Now he was on a ventilator, and his time was ticking away.

On that same day, President Donald Trump sprinted across the country, trying to seal the deal on his reelection in the waning moments of the campaign. At his fifth rally of the day, in Opa-locka, Florida, he lamented that when “You turn on the news, it’s COVID, COVID, COVID, COVID.”

When the predominantly mask-less crowd of thousands responded with a chant of “Fire Fauci! Fire Fauci!” the president seemed to suggest that he might contemplate dispatching one of the world’s most trusted authorities on the pandemic, Dr. Anthony Fauci.

“Don’t tell anybody,” he said. “But let me wait till a little bit after the election.”

This was just the start of an election week like none other in American history.

“Voting is a civic sacrament,” the Rev. Theodore Hesburgh, the famed president of the University of Notre Dame, once said. But in 2020, as a viral plague and corrosive politics converged, there was no time and little inclination to celebrate democracy — there was just partisan bile, and a mounting roll of the sick and the dead.

Federal authorities sent an astonishing message to the states on Aug. 27, the day Trump accepted the Republican nomination for a second term: Be ready to distribute a COVID-19 vaccine on Nov. 1.

The memo stoked suspicions that the administration was going to play politics with the pandemic, rushing a vaccine to the market to bolster its chances.

It didn’t happen. Instead, the election coincided with an astounding escalation in the spread of the disease: On Friday, even as vote counting continued in Pennsylvania, Nevada and elsewhere, the number of cases reported hit a record 126,480. The death toll that day was 1,146.

Among the dead: David Andahl, 55, a candidate for the North Dakota Legislature. He was careful about the disease but fell ill, said his mother, Pat Andahl. He died Monday; the next day, he was elected.

Also, a poll worker in St. Charles County, Missouri, who tested positive for the coronavirus on Oct. 30. She worked on Election Day anyway, and died soon after.

Fear of contagion rewrote the rules of this election. There was curbside voting for the infected. Election workers spread out to limit contact. Plexiglass barriers. Tank loads of hand sanitizer — the disinfectant on voters’ hands even caused a ballot scanner to jam at a polling place in Des Moines, Iowa.

There also were masks everywhere, though some resisted. “We tell them ’Sir or ma’am’ — it is mostly sir — `you are not supposed to be in here without a mask. There is a county ordinance,’” said Steve Vancore, elections spokesman in Broward County, Florida. “They mostly obey.”

Mostly, there was an unprecedented retreat from in-person voting. For the first time, most Americans — more than 100 million — voted early, by mail or otherwise.

And it is the counting of those votes that extended the excruciating wait for an end to this election, opening the door to Trump’s baseless claims that the Democrats were stealing the election from him.

Former Secretary of Homeland Security Tom Ridge tweeted that Trump “disrespected every single American who figured out a way to safely vote amid a pandemic that has taken 235,000 lives. Not to mention those who are dutifully counting that vote. Absolutely shameful. Yet so predictable.”

But others disagreed — virulently. In Detroit, Philadelphia and Phoenix, protesters demanded an end to the vote count. In a tweet, Michigan Attorney General Dana Nessel pleaded for an end to “harassing & threatening calls” to her elections staff. In less than 22 hours before it was shut down, the Facebook group “Stop the Steal” attracted more than 320,000 followers.

That there are two Americas has never seemed more obvious. Each has constructed its own view of reality — of politics, of the pandemic.

Preliminary results from AP VoteCast — a survey of more than 133,000 voters and nonvoters nationwide conducted for The Associated Press by NORC at the University of Chicago — found that about 6 in 10 voters supporting former Vice President Joe Biden called the pandemic the most important issue facing the country. Only 1 in 10 Biden voters said the economy was most important. But for half of Trump voters, the top issue was the economy and jobs.

And an AP analysis found that in 376 counties with the highest number of new COVID-19 cases per capita, 93% of those counties went for Trump. Most were rural. There’s little reason to believe the surge they are experiencing has changed any minds.

Was the die cast with this election — is this the way it will always be? There once was a shared assumption that Americans would come together after an election, however hard-fought.

“You call my candidate a horse thief, and I call yours a lunatic, and we both of us know it’s just till election day,” said the writer Stephen Vincent Benet in 1942. “It’s an American custom, like eating corn on the cob. And, afterwards, we settle down quite peaceably and agree we’ve got a pretty good country — until next election.”

DeWine had called a news conference to announce a new state health director. She replaces one who quit in June amid criticism from conservatives; another withdrew her name within hours of her appointment in September, fearing her family might be harassed.

The new health director walked into a maelstrom: COVID-19 hospitalizations reached 2,075 in Ohio on Thursday, a record and an increase of 55% over two weeks. And there were 4,961 confirmed and probable cases, another one-day record.

Nearly everywhere, the story is the same. In 43 states, the number of new infections is rising. And the tally of the dead will surely follow.

There have been more than 200 dead in Lubbock since March. The city’s Covenant Medical Center has been slammed, forced to move non-COVID patients into hallways to make room for those who are infected.

This was Juan Fitz’s domain. And when the 67-year-old doctor fell ill in early October, he drove himself to the medical center — he didn’t want to alarm his children with an ambulance, said a friend, Christy Martinez-Garcia.

This is how she remembers him: A dandy who liked to dress well. A funny man who called himself the Hispanic Rodney Dangerfield (“I don’t get no respect,” he would say). Active in the Latino community. Honored by the American College of Emergency Physicians as a “hero of emergency medicine.”

And a very proud veteran. Fittingly, his memorial service was scheduled for Nov. 11, Veterans Day.

He died on Election Day. He never had an opportunity to vote. 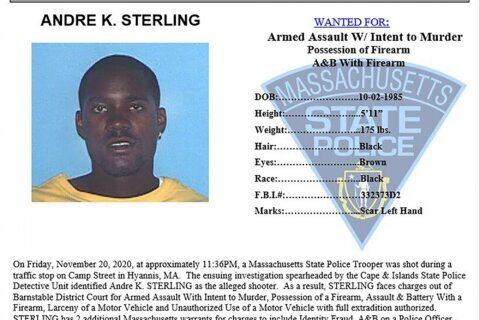 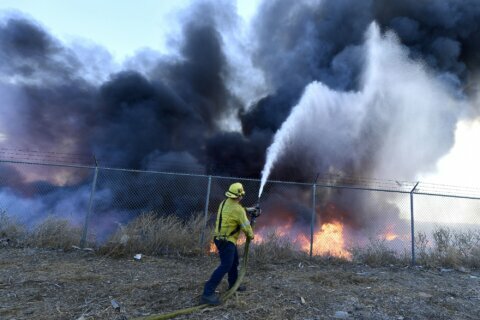 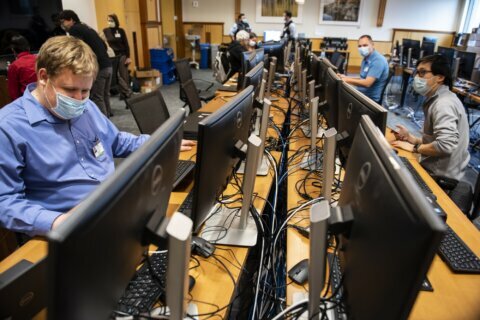