NEW YORK (AP) — The head of the New York Police Department’s workplace discrimination office has been relieved of his command while officials investigate allegations that he posted hateful messages to a website where officers air grievances anonymously, the police commissioner said Thursday.

Deputy Inspector James Kobel is accused of penning attacks on Black and Jewish people, women, members of the LGBTQ community and others for more than a year using the pseudonym “Clouseau,” a reference to the bumbling French detective in the “Pink Panther” films.

In messages posted on the website, “Clouseau” referred to Bronx District Attorney Darcel Clark as a “gap-tooth wildebeest,” ridiculed Public Advocate Jumaane Williams for having Tourette’s syndrome, called former President Barack Obama a “Muslim savage” and Mayor Bill de Blasio’s son, Dante, a “brillohead.” All of them are Black.

Commissioner Dermot Shea called the postings “abhorrent” and “utterly disgusting.” Kobel, the commanding officer of the Equal Employment Opportunity Division, could be fired after an internal investigation, Shea said.

Kobel, 50, did not immediately respond to an email sent to his department address seeking comment. No one answered a home telephone number listed for him. He denied being “Clouseau” in an interview with The New York Times, which first reported on the allegations.

“Nonetheless, despite my denial, it will likely end my career,” Kobel told the Times. “Where do I go to get my reputation back?”

The allegations against Kobel were detailed in a report that a City Council oversight panel will make public Friday. City Council investigators linked the messages to Kobel by matching information in the “Clouseau” messages to publicly available details about Kobel’s life and career.

The NYPD said it received a draft of the report on Oct. 14 and immediately started an internal probe. Kobel has cooperated with the investigation, Shea said.

Kobel was relieved of command and placed on modified assignment this week.

“That is a drastic step, but we thought it would be an appropriate step due to the nature of his assignment, as well as the allegations and what we have learned so far,” Shea told reporters.

Kobel, a 28-year member of the department, was the second-in-command in the Equal Employment Opportunity office for four years before being elevated to commanding officer in May.

The office is responsible for preventing and investigating employment and harassment claims and has implemented policy changes in recent years providing for lactation rooms, enabling officers to wear religious head coverings and making accommodations for transgender officers. 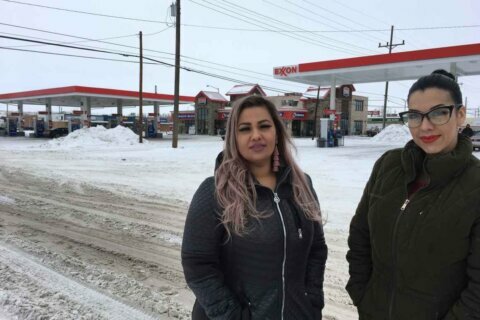