CARSON CITY, Nev. (AP) — Nevada Gov. Steve Sisolak on Friday said he has tested positive for COVID-19 as the virus surges to record levels in the state and across the U.S.

The 66-year-old Democrat is the fifth governor to report testing positive for the coronavirus this year. Three governors, two Republicans in Missouri and Oklahoma, and one Democrat in Virginia contracted COVID-19 this year. Ohio’s Republican Gov. Mike DeWine tested positive in August but received a negative test a few hours later. DeWine tested positive using a rapid test before testing negative later that day after using a more sensitive laboratory-developed test.

Sisolak said on a call with reporters he was not experiencing any symptoms and was swabbed for a rapid test on Friday morning as a matter of routine. After it yielded a positive result, he also underwent molecular testing and his sample is still being processed.

“I’m a little tired, but I’ve been tired since March when we started fighting COVID,” Sisolak said. “I think this just puts a spotlight on the fact that you can take all the precautions that are possible and you can still contract the virus. I don’t know how I got it, but we’re going to quarantine and get through it.”

Carson City’s Health and Human Services Department has begun investigating the origins of the case and notifying anyone who may have come into contact with the governor, he said, adding that he plans to work from home at the Governor’s Mansion in Carson City for at least 10 days per their recommendation.

Sisolak’s announcement comes on a day that Nevada reported 1,857 additional coronavirus cases, the highest single-day total since the start of the pandemic. Nevada has reported 116,737 cases and 1,893 deaths throughout the pandemic.

The governor said he tested negative for the virus on Nov. 2 and 6. He has limited his appearances as the virus has surged. Apart from his residence and the Capitol, he only appeared in public twice this week — at a press conference Tuesday in Carson City and at the opening of a Department of Motor Vehicles Office in Reno on Monday, with Mayor Hillary Schieve, U.S. Rep. Mark Amodei and state Sen. Ben Kieckhefer.

At both events, attendees wore masks and chairs were spread at least 6 feet (1.8 meters) apart. Amodei said he remained in northern Nevada, had not exhibited any symptoms and planned to get tested for COVID-19 on Saturday.

“The congressman lives on his own and is quarantining by binge-watching ‘Diners, Drive-Ins and Dives,’” his spokeswoman Logan Tucker said in a statement.

Schieve told the Reno Gazette-Journal she had not experienced any symptoms either, and planned to quarantine and work remotely.

Sisolak warned earlier this week that the state is seeing “alarming” trends of the virus climbing and threatened to impose stricter measures in two weeks if the spread of the virus does not decrease. He urged residents only to go out for essential activities, rely on take-out instead of dining in restaurants and to avoid spending time indoors with people from outside their households.

“With my case, I want to underscore the importance of Nevadans to stay at home as much as they possibly can at this time,” he said.

In the event the governor is unable to discharge the duties of the office, Lt. Gov. Kate Marshall assumes the role, according to state law.

Marshall said she was in contact with Sisolak’s staff and prepared to assist while he recovers. 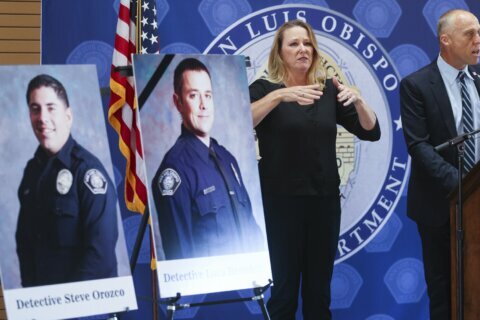 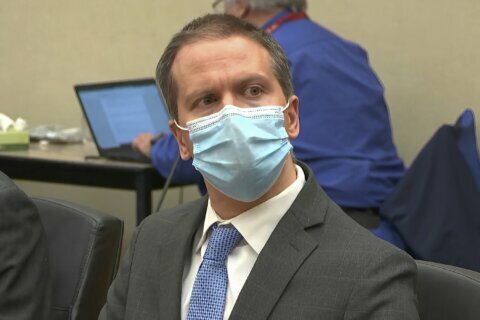