BISMARCK, N.D. (AP) — A federal judge has dismissed part of a lawsuit by a New York City woman who was severely injured in an explosion while protesting the Dakota Access oil pipeline in North Dakota four years ago.

In a 54-page ruling issued Thursday, U.S. District Judge Daniel Traynor dismissed claims of defamation against law enforcement officials who made public statements blaming the woman for her own injury.

Sophia Wilansky, who was 21 at the time, suffered an arm injury in a violent November 2016 clash between protesters and police during the unsuccessful months-long protest in southern North Dakota against the pipeline.

Traynor, who is based in Bismarck, sided with government attorneys who argued statements about news events released to the public by law officers as part of their official duties are entitled to immunity.

Government lawyers also argued that Wilansky’s father, Wayne, had given interviews to the news media giving her side of the story.

Texas-based Energy Transfer Partners built the $3.8 billion Dakota Access pipeline to move oil from the Dakotas through Iowa to a shipping point in Illinois, which it began doing in June 2017.

Thousands of opponents gathered in southern North Dakota in 2016 and early 2017, camping on federal land and often clashing with police. Hundreds were arrested over six months.

The Standing Rock Sioux Tribe opposed the pipeline over fears it would harm cultural sites and the tribe’s Missouri River water supply — claims rejected by the company and the state. 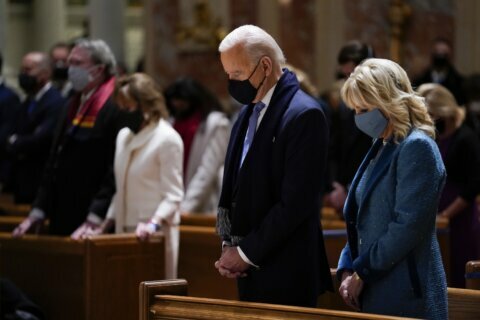