FRESNO, Calif. (AP) — Republicans have picked up their 11th seat overall in the U.S. House and the third seat in California, as Republican David Valadao reclaimed the seat he lost in the farm belt two years ago.

Valadao endorsed President Donald Trump after withholding his backing in 2016 — a risk in a swing district the president lost by 15 points four years ago.

But he also stressed his independence, criticizing the Trump administration for family separations at the border and promoting his willingness to work across party lines.

On paper, the 21st District looks like it should be a Democratic stronghold: The party holds a nearly 17-point registration edge. But California’s agricultural centers have long been known for Republican residents who vote reliably and Democrats who often do not.

Valadao proved tough to beat after he was first elected in 2012, fending off Democratic challengers by focusing on water for agriculture and other local issues.

That changed in 2018, when Democrats captured seven GOP-held House seats in California as voters rejected the Trump agenda. The 21st was among them, though the results weren’t settled until weeks after Election Day.

While Valadao has tried to distance himself at times from the Trump administration, the president has called the former congressman “an incredible guy” he wants back in Washington.

Valadao, from a dairy farming family, topped the primary field in March, with nearly half the vote.

Cox campaigned on health care and immigration reform in a district with a large Latino population. Valadao stressed support for more water for agriculture, while accusing Cox of lining up with radical environmentalists.

In an online video posted this week, Valadao pledged to pass a coronavirus relief package and improve the health care system “so that everyone can get the care they need when they need it most.”

Valadao declared victory on Wednesday, before The Associated Press had called the race. In his statement, he made it clear his first priority is delivering help for the coronavirus pandemic, the Fresno Bee reported Friday.

“This Thanksgiving, as the coronavirus continues to spread and our community and nation struggle, we desperately need relief,” Valadao said. “The only way we will get through this is by sticking together as Americans, not divided by political parties. When I head back to Washington every resident of the Central Valley has my word that I will continue to always put this community first.”

Cox has not yet conceded the election. He said in a Facebook post on Thursday that he wouldn’t make a statement on the election results until every vote is counted. 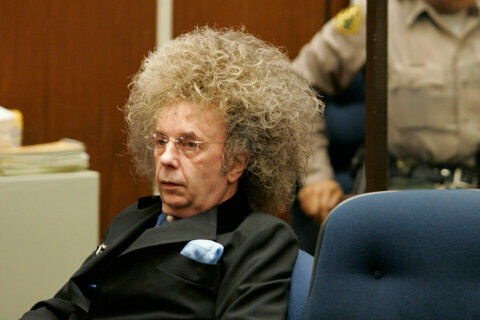