NEW YORK (AP) — The Associated Press has pulled out of its planned coverage of Wednesday’s Country Music Association Awards show due to restrictions that have been placed on still photographers and screen captures of the broadcast.

The wire service has refused to accept limitations that organizers of the show have placed on images from the venue that it believes affects its ability to accurately report on the event. The restrictions prevent AP from providing coverage of the ceremony “to its standards,” according to an advisory it sent to members. The AP will not write about, take images of or shoot video of the show.

Organizers had initially sought AP photo coverage from inside the ceremony, but said that due to coronavirus precautions it could not accommodate a wire service photographer.

The association instead said the AP could license images of the show. The AP declined. In the world of news photography, a license means paying for images. The CMA says it was not seeking compensation for a license.

The AP said it would cover the show if it could take screenshots of the broadcast, as it has done successfully for the Emmy Awards, BET Awards, MTV Video Music Awards and others. The CMA instead said it would only grant AP permission if it agreed to not move screenshots from the broadcast that included the faces of guests seated in the audience.

The AP insists that if it covers the event, it be done so without restrictions on images that are publicly broadcast.

“The AP covers award shows as news events and we must be able to assure the public that the information they are receiving from us is accurate,” said Global Entertainment and Lifestyles Editor Anthony McCartney. “By denying independent news organizations, including AP, access to take images of a publicly broadcast event, the CMA Awards is infringing upon the news media’s ability to tell the full story of the event.”

The AP’s decision came after numerous discussions about photo access and screenshots. The association said Tuesday the prohibition on screenshots of audience members would not be lifted.

The CMAs have had a rocky road to the telecast, with Lee Brice and Florida Georgia Line’s Tyler Hubbard recently dropping out after testing positive for COVID-19.

The Country Music Association also faced criticism for a social media post it made declaring the show to be “a no drama zone,” apparently encouraging artists to remain apolitical. The association reversed course and later said it will “welcome every artist’s right to express themselves.” 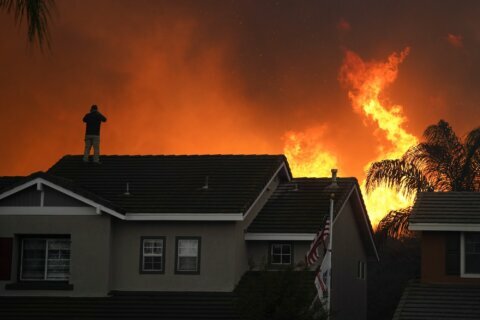