JACKSON, Miss. (AP) — Mississippi’s capital city has repealed a year-old local law that sought to restrict noise levels outside the state’s only abortion clinic by limiting amplified sound and banning protesters from approaching patients without their permission.

A group that sued the city of Jackson said the repeal is a victory for free speech, while the clinic’s owner sharply criticized the city for not protecting patients and clinic employees from harassment.

The Jackson City Council voted unanimously Tuesday to take the ordinance off the books. It was responding to a lawsuit filed by Mississippi Justice Institute, a group that pushes for limiting government regulations.

“We are pleased that the city of Jackson has decided to do the right thing and end this unconstitutional restriction on free expression,” the institute’s director, Aaron Rice, said in a news release Wednesday. “This is a major victory for free speech for Jackson and the state of Mississippi.”

Jackson City Council members adopted the ordinance in October 2019, and the institute quickly sued the city on behalf of Sidewalk Advocates for Life, whose members pray outside the abortion clinic.

The lawsuit said the ordinance unconstitutionally limited speech rights as people tried to persuade women not to end pregnancies.

Mississippi’s only abortion clinic, Jackson Women’s Health Organization, is in Jackson’s eclectic Fondren neighborhood. Owners of nearby shops and restaurants have complained about commotion outside the bright pink clinic. Some protesters have used bullhorns and the clinic has played loud music to cover the sound. The street and sidewalk outside the clinic were quiet Wednesday — likely a sign that no patients were being seen for procedures or for the counseling that the state requires at least 24 hours before an abortion is done.

“The Jackson police pretty much ignored the ordinance,” Derzis said.

Like many places in the Deep South, Mississippi is a conservative state with a Republican-led Legislature that has been enacting laws to restrict access to abortion. Southern cities where abortion clinics are located tend to be more socially and politically liberal. That’s the case in Jackson, where most City Council members are Democrats.

During debate about the ordinance last year, Jackson council members said limiting noise and creating a buffer zone was an attempt to help patients and local businesses rather than to help the clinic.

Violation of the Jackson ordinance carried a $1,000 fine, 90 days in jail or both.

A federal appeals court in February 2019 upheld the constitutionality of a 2009 Chicago ordinance that created an 8-foot (2-meter) bubble zone outside medical facilities. But, in 2014, the Supreme Court struck down a 2007 Massachusetts law that banned people from standing within 35 feet (11 meters) of an abortion clinic. 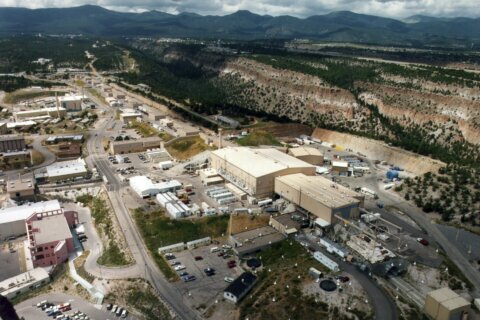