NEW YORK (AP) — A businessman charged with cheating investors in a southern border wall fundraising scam along with a former chief strategist for President Donald Trump asked a New York judge Thursday to move his trial to Colorado.

Timothy Shea, through an attorney, filed legal arguments with the Manhattan judge, citing the coronavirus and the fact that Shea was only in New York City once as a child to see a New York Yankees game among reasons why his trial should be moved.

U.S. District Judge Analisa Torres late Thursday directed prosecutors to state their position on the request at a status conference in the case on Monday.

An indictment alleges Shea let co-defendants, including former Trump chief strategist Steve Bannon, move money through a shell company he controlled to hide how donations were spent. Bannon and two other defendants allegedly promised donors no money would be diverted.

Shea and Bannon are free on bail after pleading not guilty after their arrests this summer to charges that they unlawfully raised over $25 million for the “We Build The Wall” campaign. A trial is scheduled for next May.

Prosecutors said thousands of investors were duped into thinking all donations would go toward the project, even though Bannon diverted over a million dollars, paying salary to one campaign official and personal expenses for himself.

Shea’s lawyer, John Meringolo, wrote that the case has few ties to New York City while Shea allegedly carried out his crimes while living in Castle Rock, Colorado, where he has lived most of his life and where he owns a fledgling energy drink company called Winning Energy. The company’s cans feature a cartoon superhero image of Trump and claim to contain “12 oz. of liberal tears.”

“A start-up company in its infancy will undoubtedly be disrupted if a trial were to take place in New York,” the lawyer wrote.

“To travel cross country and face trial in a state completely foreign to him would be beyond an inconvenience, but rather, an injustice,” he said.

The lawyer said he plans to call as witnesses at trial a number of Colorado residents who would be inconvenienced if they must travel to the East Coast during a pandemic. 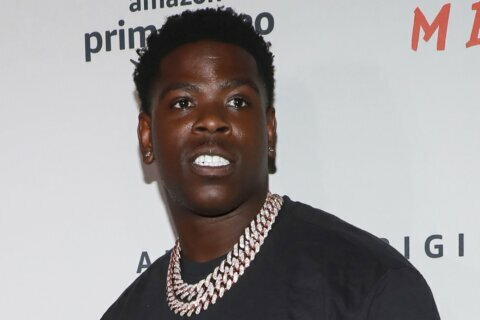