SAN DIEGO (AP) — The Trump administration announced Tuesday that asylum-seekers will lose their bids if they are convicted of driving under the influence or committing crimes to support gangs.

The rule, which takes effect Nov. 20, is the latest in a slew of measures to make asylum more difficult to obtain.

The immediate impact will be muted by a temporary pandemic-related ban on asylum introduced in March that calls for people who enter the country illegally to be immediately expelled on public health grounds.

While asylum has long been denied to people convicted of “particularly serious crimes,” the new rule adds a litany of crimes that would be disqualifying. They include convictions for domestic violence — whether a felony or misdemeanor — assault or battery, re-entering the country illegally, identify theft, public benefits fraud, immigrant smuggling and driving under the influence.

The rules would also deny asylum to people convicted of crimes that an adjudicator “knows or has reason to believe” was committed to support a criminal street gang.

The rule to be published Wednesday in the Federal Register and signed by Attorney General William Barr rejects much of the criticism since it was first proposed in December, including that the authority to declare crimes gang-related was too broad and prone to error. The administration deflected criticism that DUI wasn’t serious enough to merit automatic denial.

“The administration is showing needless cruelty by layering these new bars on an asylum system which already has been decimated since Trump entered office,” said Heidi Altman, the National Immigrant Justice Center’s policy director.

President Donald Trump has called asylum “a scam” and has introduced a string policies against it since the U.S. became the world’s top destination for asylum-seekers in 2017.

A rule proposed in June gives judges the power to reject claims without a hearing. Several new factors weigh against asylum, including failure to pay taxes. 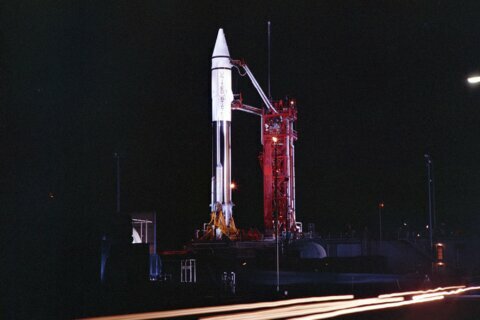