San Francisco police said they arrested Adroa Anderson, 35, of Watsonville in Oakland on Sunday. He was booked into the San Francisco jail on charges of mayhem with a hate crime enhancement.

The organizer of Saturday’s event in downtown San Francisco, Philip Anderson of Team Save America, posted photos to social media of his bloody mouth with a front tooth missing and another hanging loosely. He said anti-fascist protesters attacked him “for no reason.”

Three San Francisco officers were injured when they were assaulted with pepper spray and caustic chemicals.

It was not immediately known if Adroa Anderson had a lawyer who could speak on his behalf. 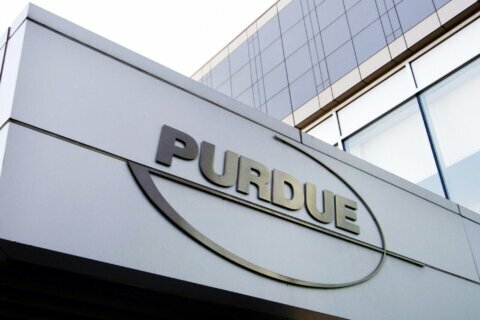