MADISON, Wis. (AP) — There’s not enough evidence to prove that a group of white men set a young biracial woman on fire during a chaotic night of protests in Wisconsin’s capital city this summer, federal prosecutors said Friday.

Detectives were unable to find any surveillance video that shows the alleged attack taking place, but they did find footage indicating the woman wasn’t in the city at the time she says she was attacked, according to investigative reports.

Althea Bernstein, 18, told police she was attacked by four white men while driving through a protest in downtown Madison around 1 a.m. on June 24. Bernstein said she was stopped at a red light when she heard someone yell a racial slur and one of the men sprayed her with lighter fluid through her open window and threw a flaming lighter at her, setting her neck and face on fire.

She drove away, put out the flames, and was treated for burns at a hospital, she said.

A team of federal, state and local investigators probed the allegations as a possible hate crime. On Friday, the U.S. attorney’s office in Madison issued a statement saying the investigation was closed without charges filed.

The statement said investigators conducted extensive interviews as well as an exhaustive review of traffic and surveillance cameras as well as digital and forensic evidence, and couldn’t establish that the attack occurred.

Madison Acting Police Chief Vic Wahl issued his own statement, saying detectives were unable to “locate evidence consistent with what was reported.”

“Althea Bernstein and her family appreciate the detailed investigative efforts by all involved this case,” the statement said. “Althea’s injuries are healing and the support of our community has been invaluable in that regard. We continue to maintain our family privacy and will not be granting interviews at this time.”

The alleged assault came during a night of violence that included the toppling of two statues outside the Capitol and an attack on a state senator. A group of up to 300 people protested the arrest of a Black man after he shouted at restaurant customers through a megaphone while carrying a baseball bat.

According to investigative documents, Bernstein told the responding officer she is Hispanic and Black.

Someone also threw a Molotov cocktail into a government building and attempted to break into the Capitol, only to be repelled by pepper spray from police stationed inside. The violence prompted Gov. Tony Evers to activate the National Guard to protect state properties.

Madison police on Friday released more than 150 pages of reports detailing the investigation. Traffic and surveillance camera footage shows Bernstein’s vehicle stopped only once and that no one was around the car. The footage also shows that her window was closed throughout and that she was traveling in the right lane, not the left as she told investigators.

None of the cameras picked up a group of four white men that matched Bernstein’s descriptions, the reports said.

But footage does show her in Middleton, a suburb about 15 minutes from downtown Madison, just before 1 a.m. GPS data from her phone corroborates that as her location, the reports said.

An arson dog found no trace of a lighter or other incendiary device in her car and investigators found the car wasn’t damaged. Tests did reveal a substance consistent with lighter fluid on her shirt, however, and her medical records indicate she was treated for burns hours after the attack allegedly happened.

When confronted by Detective Justine Harris in August, Bernstein said she didn’t understand why there wasn’t any evidence of the attack. She said she was worried about what might happen when the reports were made public, saying she had been threatened on social media and that investigators were treating her like a suspect.

“She stated, ‘I know what happened to me,'” Harris wrote.

Harris told Bernstein’s attorney, Andrea Sumpter, during a meeting Tuesday that no one planned to file any charges against Bernstein, saying there’s no evidence she colluded with anyone to make a false report and there was no evidence she was involved in any of the destruction during the protest.

Harris told Sumpter that Bernstein had clearly suffered injuries to her face and that detectives were interested in whether someone else had hurt her in a different way than she had alleged.

Sumpter said she had no alternative information from Bernstein or her family about how she was burned and “acknowledged that there can be many reasons why a victim might not want to be forthcoming about who caused injuries,” Harris wrote. 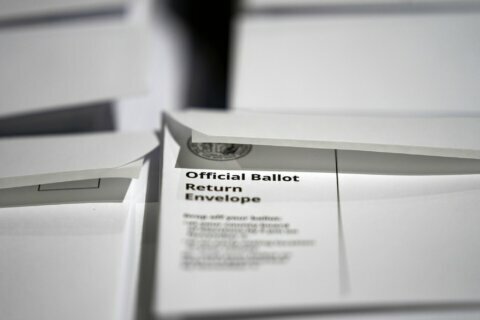