The Illinois police officer who fatally shot Marcellis Stinnette and wounded in girlfriend last week did not have his body camera turned on during the shooting, which led to his firing from the Waukegan Police Department, authorities said Wednesday. The officer, who has not been identified, only turned on his body camera after the shots were fired.

The city on Wednesday released six videos of footage from the night of October 20. Two videos taken from the officer’s body camera and dashcam only showed moments after the incident took place. Mayor Sam Cunningham said the city allowed the family of Stinnette and Tafara Williams to view the footage before it was made public.

“While it was determined that audio and footage was available from dash and body-worn cameras of portions of the incident, the body-worn camera of the officer involved was not activated to properly archive the time of the shooting,” Cunningham said in a statement. “While I intend to allow justice to run its course and not compromise the integrity of the process, I must balance that with my commitment to the families and the community to always maintain transparency.

Police have said an officer was “investigating an occupied vehicle” when the couple fled the scene on the night of October 20. Later, a second officer spotted and approached their vehicle, which they said began moving in reverse toward him. The officer said he fired his semi-automatic pistol out of fear for his safety.

After viewing the footage, attorneys for Stinnette and Williams disputed that the officer feared for his safety. Attorney Antonio Romanucci said the officer turned his body camera on immediately after the shooting and said, “You tried to run me over.” The attorneys claimed the comment was an “intentional” effort to create a false narrative.

“I don’t see any basis at all for this officer to have pulled out his gun and shot as many times as he did in this car, wounding Tafara and killing Marcellis,” Romanucci said. 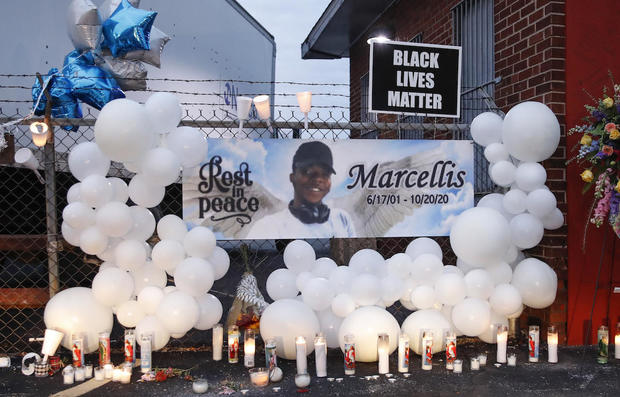 The site of a prayer vigil held for Marcellis Stinnette on October 27, 2020, in Waukegan, Illinois.

The shooting is under investigation by Illinois State Police and the FBI. “You guys took away my only brother, from my mother,” said Dhanellis Banks, Stinnette’s older sister. “This is not fair. He was innocent. He was a passenger. This is not right.” 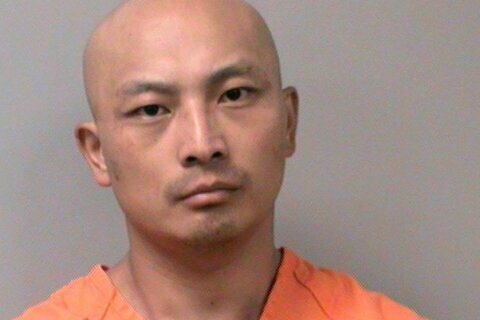 Sheriff: 3 dead at Wisconsin quarry were shot over $600 debt

In Robinhood’s stock debut, a tumble and then sharp swings