O’Brien assures Americans ‘their vote is secret’ amid interference fears

Washington — Amid warnings from national security and intelligence officials about efforts by foreign adversaries to influence the 2020 presidential election, national security adviser Robert O’Brien assured Americans who have already voted or are preparing to cast their ballots that their votes will not be made public.

The commitment from O’Brien comes days after Director of National Intelligence John Ratcliffe confirmed that Iran was behind threatening emails sent to voters in several states last week that purported to come from The Proud Boys, warning recipients to vote for President Trump “or else.” The Proud Boys, a right-wing group, has been designated a hate group by the Southern Poverty Law Center, a civil rights advocacy group.

The Department of Homeland Security and FBI also issued an advisory Thursday revealing that Russian hackers targeted dozens of local and state government networks and successfully stole data from at least two servers.

O’Brien said the actions by foreign nations to meddle in the election are an attempt to “sow discord among Americans.”

“They’re trying to create chaos,” he said, “and they’re doing it in whatever way they can.”

O’Brien stressed there is “nothing” overseas actors can do to “change your vote or to stop you from voting.” The Trump administration has warned foreign adversaries not to tamper with ballots, he added.

The best way for Americans to combat the influence operations mounted by foreign nations is to vote, O’Brien said.

Early voting is underway in all 50 states, and at least 56 million people have cast ballots nationwide already. Election Day is less than 10 days away, and Mr. Trump and Vice President Mike Pence are maintaining a packed campaign schedule as the race enters its final days, even after Pence’s chief of staff Marc Short tested positive for COVID-19. CBS News confirmed four others close to Pence, including three members of his staff and political adviser Marty Obst, have also become infected with the coronavirus.

Pence and second lady Karen Pence tested negative for COVID-19 on Sunday, the vice president’s office said, but the decision to continue campaigning has raised questions as to whether Pence should be isolating due to his close contact with Short.

O’Brien said that campaigning is essential work and the vice president is taking precautions to protect himself and others.

“Free elections are the foundation of our democracy,” he said. “So I think campaigning and voting are about the most essential thing we can be doing.” 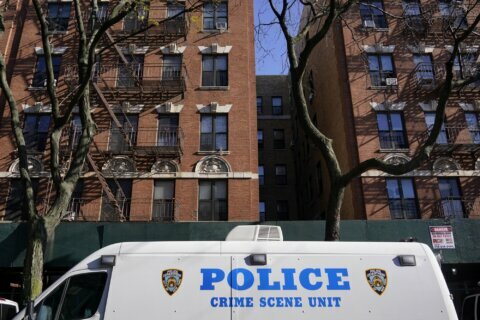 Georgia is finalizing details of recount requested by Trump