Greg E. Lindberg was in custody on Tuesday at a minimum-security prison in Montgomery, Alabama, according to Scott Taylor, a spokesman for the Federal Bureau of Prisons. A judge on Monday denied a second request by Lindberg’s lawyers to delay his Tuesday reporting date.

Lindberg, 50, was sentenced in August to more than seven years in prison after being convicted of attempting to bribe North Carolina’s insurance commissioner to secure preferential regulatory treatment for his insurance business. Lindberg is appealing his convictions.

Lindberg had given more than $5 million to state and federal candidates and committees since 2016, favoring Republicans but also giving to Democrats.

John D. Gray, a consultant for Lindberg’s company, was convicted of charges similar to Lindberg’s. But Gray, 70, didn’t have to report to a West Virginia federal prison on Tuesday as initially required to begin his 2 1/2-year sentence. U.S. District Judge Max Cogburn on Monday granted Gray’s request to delay his starting date until Jan. 1, citing the defendant’s age and history of heart-related issues as elevating his risk for health complications should he contract COVID-19 in prison.

Cogburn rejected Lindberg’s contention that he was also at an increased risk for virus-related complications. Lindberg later asked to remain at home until just after the birth of his child in early December, but the judge denied that request, too.

Lindberg, the sole owner of the company now known as Global Growth, entered prison the day after he unveiled a biographical self-help book describing what a news release called “the lessons he learned” from encountering adversity. 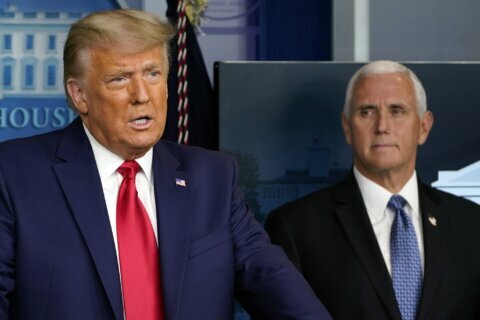