CHICAGO (AP) — The mother of the Black man who was fatally shot by a suburban Chicago police officer has filed a federal lawsuit accusing law enforcement of letting him bleed to death in the eight minutes it for took an ambulance to arrive.

The lawsuit was filed Thursday by Zharvellis Holmes, the mother of 19-year-old Marcellis Stinnette, who was shot to death Oct. 20 by a Waukegan police officer. Tafara Williams, the 20-year-old Black woman who was with Stinnette when he was killed and who was also shot and wounded, filed a similar lawsuit on Wednesday.

Holmes’ lawsuit makes many of the same claims as Williams’ suit, including that the couple did nothing to justify being confronted by an officer as they sat in their vehicle outside Williams’ home, and that the two did nothing to put Officer Dante Salinas’ life in danger before he opened fire. Neither Stinnette nor Williams was armed.

Holmes’ lawsuit names Salinas, Officer James Keating, Waukegan Police Chief Wayne Walles and the city of Waukegan. It highlights what happened in the moments before the shooting and the actions of Keating, who is white and whose confrontation with the couple set in motion the events that led to the shooting.

Keating recognized Stinnette and told him that he was under arrest, the suit says. On one of the videos that the city released this week, an officer, presumably Keating, can be heard saying he had a warrant for Stinnette’s arrest.

The lawsuit says Stinnette had nothing to do with Williams’ decision to drive away and did not know that she was about to flee. It also suggests that Keating ratcheted up the tension of the situation by falsely claiming on his radio: “Hey, they just ran me over.”

It also says Williams didn’t try to run over Salinas, as he can be heard saying on body camera video that he failed to turn on until after the shooting.

Even after Williams screamed, “He got shot, he got shot, he needs help,” the officers on the scene “did not render any aid at this time,” Holmes’ lawsuit says.

Officers “eventually” pulled Stinnette from the vehicle and placed him on the ground, then “waited on the scene for an ambulance,” the lawsuit says. Stinnette “did not receive medical assistance for over eight minutes, while he bled out on the ground,” it says.

Walles and an attorney representing the city, Rick Hammond, did not immediately respond to requests for comment. 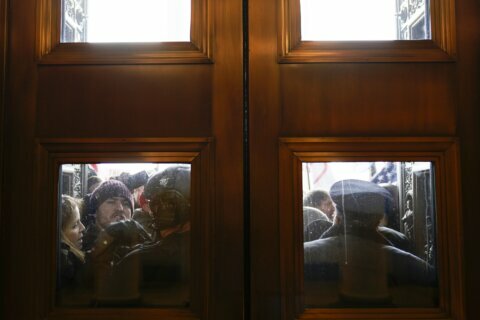