Mitt Romney calls for US commission to deal with wildfires

Romney’s announcement came as wildfires have raged across the West this year. Blazes have grown more intense and dangerous as the changing climate dries out forests thick with trees and underbrush.

“Wildfires represent an enormous threat to our country and to the people of our country,” Romney told reporters in Salt Lake City. “Doing things the way we’ve always been doing them does not make any sense.”

Asked about the role of climate change in the heightened wildfires, Romney said he hopes humans are responsible “because if this is happening without our contribution then there’s nothing we can do about it.”

“We have to deal with the fact that it’s getting hotter,” he said.

The Republican senator said he hopes the bill receives bipartisan support from lawmakers in other Western states where fires have caused deaths and extensive damage this year.

The commission would have 25 members representing federal, state and local governments and would include firefighters. Romney said nine of the 25 spots would be reserved for experts, and he anticipates at least one climate scientist would be included.

The commission’s efforts would be led by the secretaries of agriculture and interior and the director of the Federal Emergency Management Agency.

Sophia Eppolito is a corps member for the Associated Press/Report for America Statehouse News Initiative. Report for America is a nonprofit national service program that places journalists in local newsrooms to report on undercovered issues. 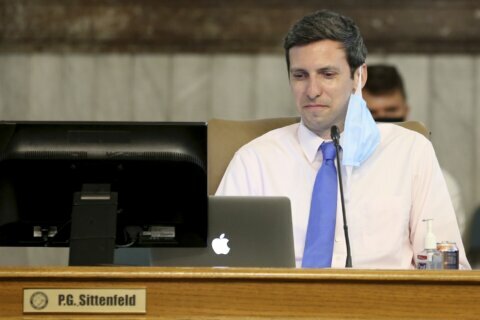