JEFFERSON CITY, Mo. (AP) — Missouri Gov. Mike Parson said Sunday he has been cleared to return to the office after battling the coronavirus.

Parson said on his Facebook page Sunday that he and his wife, Teresa Paulson, had both been cleared by doctors to return to work from their home in Bolivar in southwestern Missouri. They both tested positive on Sept. 23. Neither developed serious symptoms.

“I just want to thank everybody for their thoughts and prayers during this time. We are so blessed to be fortunate to be in the over 100,000 people in the state of Missouri that’s recovered from the coronavirus,” Parson, a Republican, said in a video posted on his Facebook page.

Missouri continues to have one of the highest rates of positive cases of the virus in the nation. The seven-day rolling average of the positivity rate in Missouri has risen over the past two weeks from 11.63% on Sept. 19 to 18.04% on Saturday, according to an Associated Press analysis of data from John’s Hopkins University. That rate was the sixth-highest among all states.

Parson, 65, has been a staunch opponent of requiring people to wear masks even though he has urged people to wear them and maintain social distancing because of the ongoing pandemic. He sometimes appears without a mask at public functions.

Missouri has had no statewide restrictions related to the coronavirus since June 15.

Parson is facing Democratic State Auditor Nicole Galloway in the November election. A planned debate between the two last month had to be postponed because of Parson’s illness.

Parson is a former county sheriff and state representative who was elected lieutenant governor in 2016. 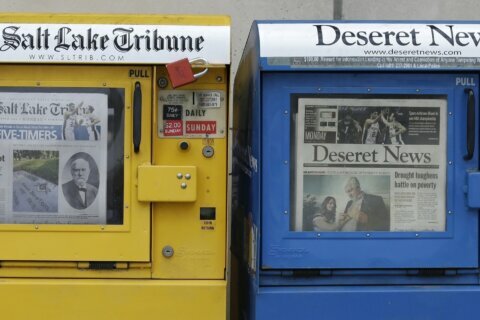