MINNEAPOLIS (AP) — A large mural dedicated to George Floyd in Minneapolis has been defaced again.

Surveillance video from Cup Foods shows a man wearing a face mask over a ski mask walk up to the mural and spray red paint on it about 4 a.m. Sunday, a store employee, T.J. Abumayyaleh, told the Star Tribune.

Floyd, a Black man in handcuffs, died May 25 after a white officer pressed his knee against Floyd’s neck as Floyd said he couldn’t breathe. The mural is located near the site where Floyd was restrained. Widely seen bystander video set off protests, sometimes violent, around the world.

It’s the second time that the mural has been damaged. A former medical student at the University of Minnesota admitted to the Minnesota Reformer, an online news site, that he was the person who defaced the mural with black spray paint in August. The 26-year-old man claimed he was drunk at the time and apologized.

The city has made plans for a permanent memorial to Floyd at the site. 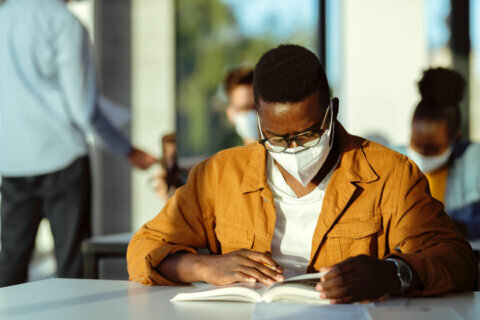