Media election planners prepare for a night of mystery

NEW YORK (AP) — This coming weekend, CNN’s Sam Feist will distribute to his staff copies of the testimony news executives gave to Congress when they tried to explain how television networks got 2000’s disputed election so spectacularly wrong.

It’s required reading — perhaps never more than this year. Media planners are preaching caution in the face of a surge in early voting, high anxiety levels overall and a president who raises the specter of another disputed election.

“We need to prepare ourselves for a different kind of election night,” said Feist, CNN’s Washington bureau chief, “and the word I keep using is ‘patience.’”

Nearly half of people polled recently by the Pew Research Center said they intend to follow election night returns closely. It’s easy to see this year eclipsing 2008’s record of 71.5 million people who watched for results, and many will have laptops, tablets or smartphones ready for a multi-screen experience.

CBS News built a new studio where pop stars once visited MTV’s “Total Request Live,” and Fox News hired the makers of the “Fortnite” video game to design whiz-bang graphics, an illustration of the money and planning that goes in to the quadrennial event.

Live television coverage will extend into the early morning of Nov. 4 and perhaps beyond. NBC News has mapped out a schedule to stay on the air for days if necessary, said Noah Oppenheim, NBC News president.

Besides the traditional broadcast and cable news networks, there will be live-stream options from the likes of The Washington Post and others, including websites filled with graphics and raw numbers.

“There is an odd combination of anticipation and uncertainty about this election night, more than any other election night I can remember,” said David Bohrman, a television veteran who this year is producing the CBS News coverage.

That’s an extraordinary change: In 1972, only 5 percent of votes were cast prior to Election Day, and by 2016 it was 42.5 percent. That profoundly affects how the results are reported.

Some states begin counting early votes as they come in. Some wait until Election Day or even after polls close. Some key states count absentee ballots only if they are postmarked by Election Day. Elsewhere, ballots can arrive as late as Nov. 13, as is the case in Ohio.

Some states have enough experience that their counts usually go quickly and smoothly. Other counts are more problematic. Florida and North Carolina are two battleground states that have, historically, done well at counting and posting the results of mail ballots on election night.

Pennsylvania and Wisconsin are prohibited by state law from processing mail ballots until Election Day. It can be a cumbersome process, and since neither state has experience counting as many ballots as are expected this year, it may be days before their results are known.

With more Democrats than Republicans voting early, the pace of how votes are reported is also important. Some states will release early votes before the Election Day tallies. That can make the first numbers shown on the screen appear deceptive, said Steve Kornacki, elections guru at MSNBC.

The challenge is knowing all those idiosyncrasies and communicating them clearly, he said.

Instead of listing how many voting precincts are reporting, ABC News will tell viewers the percentage of expected votes that are in so far, said Marc Burstein, senior executive producer who’s been in charge of ABC election coverage since 2000.

News organizations will still declare winners in individual states much as they have done in the past, using a combination of poll results and actual vote totals. Again, the expectation is these calls may be slower than in past years.

Producers say viewers should look to Florida as an early bellwether, because of its importance, efficiency in counting and early poll closing time. Nate Silver’s FiveThirtyEight blog said last week that if Democrat Joe Biden wins Florida, his chances of winning the presidency shoot up to 99 percent. If President Donald Trump wins the state, his reelection chances jump to 39 percent, what Silver calls essentially a tossup.

North Carolina and Ohio are other states where relatively early results could give an indication of how the night is going.

“If 2020 has taught us anything, it’s to expect the unexpected,” said Alan Komissaroff, Fox News senior vice president of news and politics.

More reporting from outside of studios will likely be on display, with news organizations placing greater emphasis on voter integrity issues and the possibility of legal challenges. PBS is tapping a dozen public broadcasting reporters from across the country to contribute to its coverage. The Washington Post is stationing reporters in 36 states.

Networks are hiring election law experts in case those issues need to be addressed.

Because of the coronavirus, CBS’ Bohrman said people who will be on the network’s new set are being tested every day.

ABC News’ Manhattan set isn’t big enough for everyone to be 6 feet apart, so the network will operate out of three different studios on election night, including the set of “The View,” Burstein said.

At some point, after months of pontificating and speculating, the conclusion of the 2020 election will be known. Four years ago, The Associated Press declared Trump the next president at 2:29 a.m. the day after the election.

“We’re going in prepared but without preconceptions,” Oppenheim said. 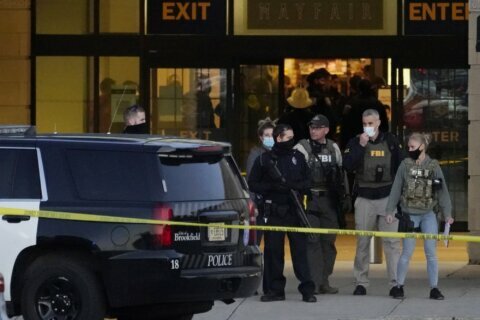