LOS ANGELES (AP) — A federal judge on Thursday refused to dismiss a lawsuit alleging the vice chairman of the U.S. Joint Chiefs of Staff sexually assaulted a former top aide during a Southern California trip.

Air Force Gen. John Hyten has denied the allegations brought by former Army Col. Kathryn Spletstoser that he attacked her during a December 2017 trip to attend the Reagan National Defense Forum at the Ronald Reagan Presidential Library in Simi Valley, northwest of Los Angeles.

At the time, Hyten commanded the United States Strategic Command, known at STRATCOM.

The Associated Press generally does not identify victims of alleged sexual assault. But Spletstoser has allowed her name to be used.

Judge Michael W. Fitzgerald in Los Angeles rejected defense motions to dismiss the case for lack of jurisdiction or to move the case to Nebraska, where STRATCOM is based.

A phone call and email seeking comment from Hyten or his lawyers were not immediately returned.

However Hyten, who was confirmed last September as the nation’s second highest-ranking military officer, flatly denied Spletstoser’s claims during his confirmation hearing.

Spletstoser served in the Army for 28 years and carried out four combat tours in Iraq and Afghanistan. Her assault and sexual battery lawsuit alleged that while staying at a hotel during the Simi Valley trip, Hyten grabbed her, kissed her, fondled her buttocks and rubbed himself against her.

The lawsuit was amended from an original complaint that alleged Hyten sexually assaulted her at least nine times in 2017, including during trips to California, London, South Korea and elsewhere and that he retaliated against for refusing his advances by harming her career and eventually forcing her retirement.

Spletstoser reported the allegations after Hyten’s nomination. She told the AP last year that she decided she couldn’t live with the idea that Hyten might assault someone else if he was confirmed for the job.

The Air Force investigated the woman’s allegations and found there was insufficient evidence to charge the general or recommend any administrative punishment.

Police: At least 2 US marshals, suspect shot in New York 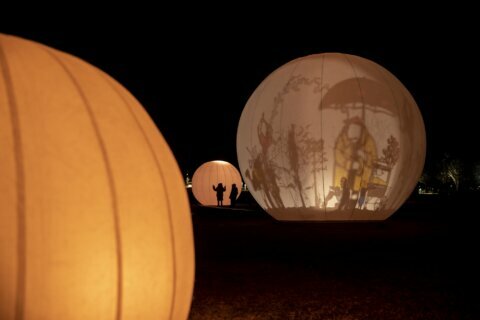