SAN ANTONIO (AP) — Prominent megachurch pastor and conservative activist John Hagee has been diagnosed with COVID-19, his son announced during services at the church his father founded.

The 80-year-old pastor received the diagnosis Friday and was recovering after the illness was detected early, Matt Hagee said during Sunday morning services at Cornerstone Church.

John Hagee founded a ministry that the church says now has 22,000 members. His sermons are broadcast throughout the United States and Canada and livestreamed online.

Hagee has been a committed supporter of Israel, founding Christians United for Israel. He also is a stalwart backer of President Donald Trump, who with first lady Melania Trump also has been diagnosed with COVID-19. Trump was discharged Monday from Walter Reed Military Medical Center and returned to the White House, where his doctors said he would continue receiving treatment.

State health officials reported 2,192 new Texas cases Monday of the coronavirus that causes COVID-19, bringing to 769,303 the cases reported in Texas since tracking and tracing of the virus began in early March. Of those, the state estimates 71,074 cases are now active, with 3,318 requiring hospitalization.

However, the health department said Monday in a note on its COVID-19 dashboard that the 1,217 older cases had been excluded from previous reports of newly confirmed cases.

The true number of cases in Texas is likely higher though because many people haven’t been tested and studies suggest people can be infected and not feel sick. 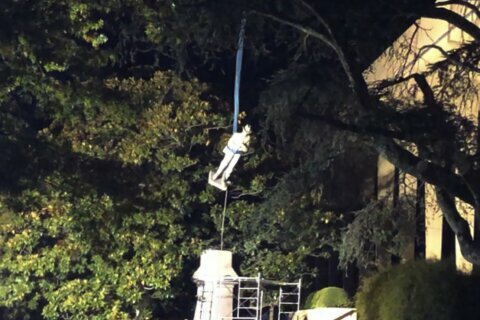