BOWLING GREEN, Ohio (AP) — Ohio’s Wood County is a mix of just about everything that makes the entire state an election bellwether with its growing suburbs, a farm culture rooted in conservative values and a university that attracts younger, liberal-leaning voters.

It’s also one of nine counties in the state that flipped for President Donald Trump after backing Democrat Barack Obama in the previous two elections. Only once since 1964 has Wood County not picked the presidential winner. That’s why its sleepy suburbs and rural communities that sit just south of Toledo are being closely watched in this election, and not just in Ohio — a state Trump must win again as no Republican has taken the White House without it.

Not surprisingly, both parties believe the perennial swing county is trending their way this year. The head of the local Republican party says blue collar voters who embraced Trump in 2016 are even more enthused now. Democrats are just as optimistic that voters in Toledo’s bedroom communities, especially women and college graduates, are moving toward Democratic presidential nominee Joe Biden.

Four years after Trump won Ohio relatively easily, most polls show the state is again a toss-up. One of the keys to watch across the state are two clusters of “pivot” counties — four each in northeastern and northwestern Ohio — that both Trump and Obama won on their way to the White House.

Wood County, which anchors the cluster of counties on the state’s western end, is home to both the largest solar manufacturing facility in the United States and the National Tractor Pulling Championships every summer.

While its population is almost entirely white, the county’s diversity in voting preferences can be traced to its varied economic base, said Melissa Miller, a political science professor at Bowling Green State University, the area’s single largest employer.

The university and its college-educated workforce tends to push the county’s voters to the left, but the blue-collar workers in agriculture and manufacturing — the county’s biggest overall employment sector — pull it back to the right.

Trump’s winning formula four years ago was based on overwhelming support from working-class, white voters in small communities who embraced his “America first” message and his promise of reviving manufacturing.

“I don’t see them changing. I see that vote increasing this year,” said Jonathan Jakubowski, the county’s Republican party chairman.

Republicans hold nearly every elected office in Wood County and have long dominated local politics. But the last time the county didn’t mirror the nation in the presidential election was 1976, when voters went with Gerald Ford over Democrat Jimmy Carter.

John Moser, whose family has been farming for six generations in the county, said Trump has been good to farmers when they’ve needed federal aid to combat weather-related trouble or the depressed grain prices and exports that followed the president’s trade war with China.

“He’s just putting his foot down, and telling you like it is,” Moser said. “I guess my argument is I haven’t heard anything from the other party about what they’d do for farmers.”

It’s likely that this presidential election in Wood County will come down to the suburbs, where houses, strip malls and light-manufacturing plants have been sprouting over the past decade.

Marjorie Elden, a retired teacher from Perrysburg, said she was surprised and happy to see so much support for Biden while taking part in a car parade with other Democrats around the suburb a few weeks ago.

She said she’s fed up with Trump over everything from health care to his dealings with Russia.

“I was willing to give him a chance because he’s our president, it’s our country and I did want him to succeed, but the more lies he told, that’s not what I want from our president,” she said. “I want someone who’s got moral character. My image of President Trump has gotten worse and worse for all the decisions he’s making.”

Mike Devore, who lives alongside a soybean field about 15 miles from Bowling Green, said he can’t imagine Trump losing based on what he sees around him.

He drove to a Trump rally in suburban Toledo a month ago just to get a glimpse of the scene and said “there were lines as long as train smoke on both sides of the road.” 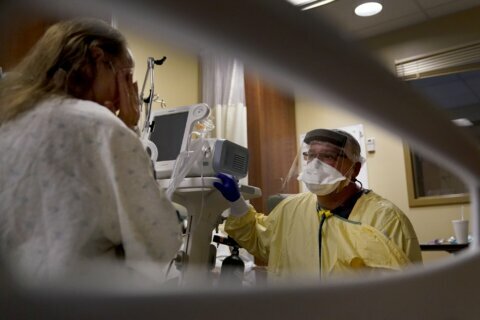 Woman dies weeks after being run over while defending son 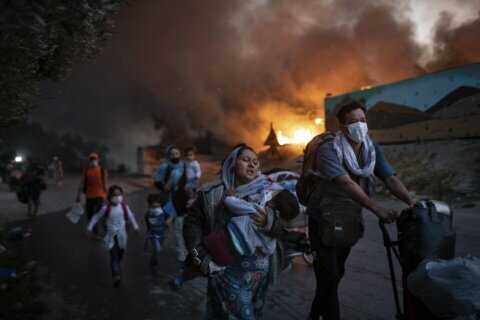 In 2020, AP photographers captured a world in distress