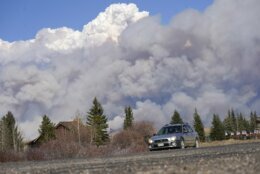 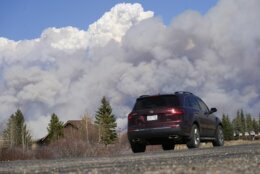 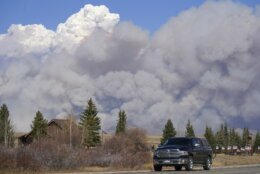 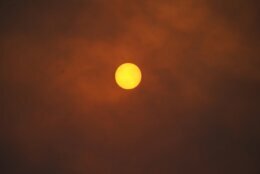 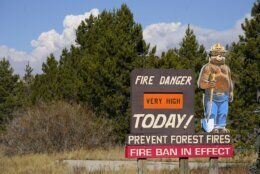 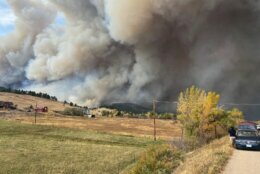 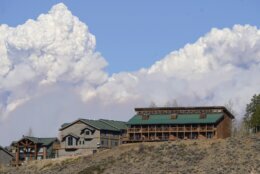 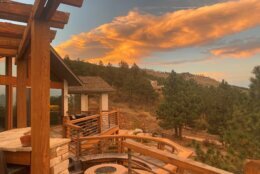 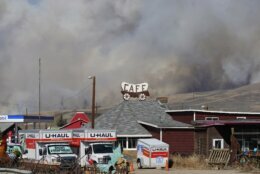 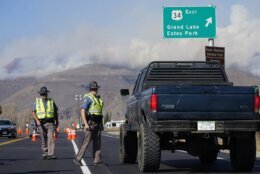 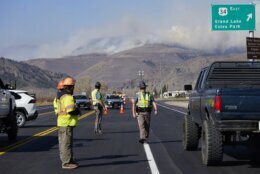 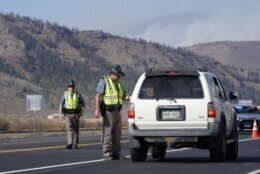 DENVER (AP) — Orange skies, winds gusting up to 70 mph, smoke tornadoes and hazardous air. While it could be an apocalyptic scene out of a movie, it has become the reality of Colorado’s wildfire season.

Normally, snow helps tamp down the devastation by this time of year, but drought across Colorado and warming temperatures have dragged out the season, fire scientist Jennifer Balch said.

“We don’t see October fires that get this large,” she said.

Colorado’s fires haven’t destroyed as many homes as the headline-grabbing wildfires in California and the Pacific Northwest the past few months, but they have worn down residents already weary from the coronavirus pandemic.

Glen Akins said the smoke has gotten thick and dark enough that streetlights have turned on during the day where he lives in the northern Colorado city of Fort Collins, where a nearby fire in the foothills has burned more than 318 square miles (824 square kilometers) to become the largest in state history.

As a cyclist, part of Akins’ daily routine now includes checking the weather and smoke forecast before going outside. He’s also packed a bag in case of an evacuation order.

Akins said that “with a little bit of work,” he’s planned rides between the smoke of two fires in Wyoming and Colorado.

In parts of Colorado, the sky has been gray, the sun hazy and the odor of a burning campfire persistent for much of September and October. The Denver metro area and eastern Plains have been blanketed with smoke from fires not only in Colorado but blown in from Utah, California and Wyoming.

While the season began with limited property destruction, two fires erupted last weekend in Boulder that burned 26 homes. One of them belonged to Brian DeToy and Sheryl Shafer.

The couple was packing Saturday afternoon when firefighters arrived to evacuate homes. By then, they had just minutes to escape the “hellscape” roaring over a ridge to their house, DeToy said. Although they could see the smoke behind them, the couple held out hope.

“As Sheryl and I were packing, I think in each of our minds was that we were going to be come back. It might be hours, it might be days, but we’ll be coming back,” DeToy said.

The next morning, the sheriff’s office confirmed that their home was destroyed. For now, they’re staying with friends.

“On Sunday night into Monday morning, both Sheryl and I woke up in the middle of the night and just cried for an hour and a half,” he said.

More than 700 square miles (1,813 square kilometers) of land has burned in Colorado at a cost of more than $215 million — with the numbers still rising, according to Larry Helmerick, fire information coordinator for the Rocky Mountain Area Coordination Center.

A fire that began in July and was finally contained in mid-September near the western Colorado city of Grand Junction became the largest in state history — charring over 217 square miles (562 square kilometers). It was only one month later that the fire burning near Fort Collins, called the Cameron Peak Fire, set another record. That fire is still spreading, with firefighters having contained a little over half of the blaze as of Thursday.

Officials say there’s potential for it to merge with a nearby fire that exploded overnight, closing Rocky Mountain National Park and forcing people in and around a gateway town to evacuate.

Scientists say climate change is responsible for more intense and frequent extreme events such as storms, droughts, flooding and wildfires.

This year has been notable for drought, which has intensified the wildfires, said Balch, who’s director of Earth Lab at the University of Colorado, Boulder, which focuses on analyzing data behind environmental changes. The U.S. Drought Monitor designated all of Colorado as abnormally dry or in drought for the first time in eight years, with many areas labeled “extreme” or “severe.”

It is “just a matter of time” until the threat affects more people, who are moving closer to forests, Balch says.

“If I had a panic button, I would push it — because we have put millions of homes in harm’s way across the Western U.S.,” Balch said.

Plus, the air quality has gotten bad enough in some areas that Gov. Jared Polis has encouraged people to stay indoors to avoid the health effects of smoke that are compounded by the coronavirus.

Poor air quality contributes to breathing issues that people may face from the virus or if they have asthma, emphysema or acute bronchitis, which can lead to more emergency room visits, said Colleen Reid, assistant professor of geography at the University of Boulder who studies the effects of climate change on public health.

The extended wildfire season has taken a toll amid another crisis.

“During the pandemic, we’ve been told that if you want to gather with friends or something, it’s better to be outside, but now we’re having all of our outside spaces shut down because of the fire,” Akin said. “So it’s kind of a double whammy. It’s really impacting kind of how we were coping with the pandemic.”