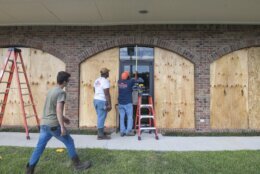 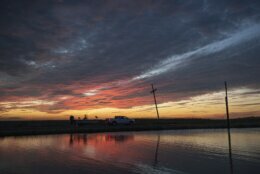 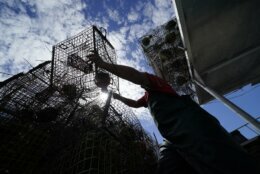 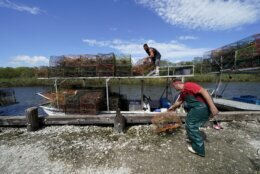 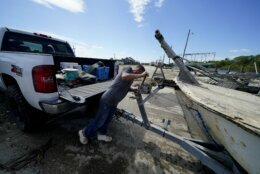 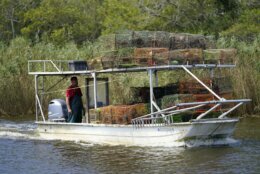 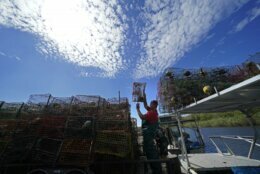 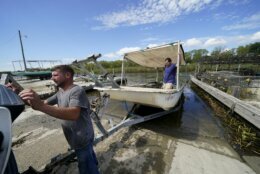 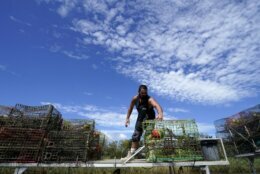 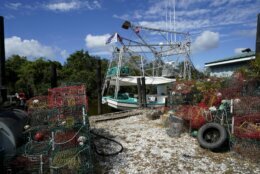 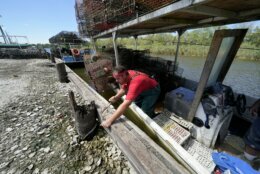 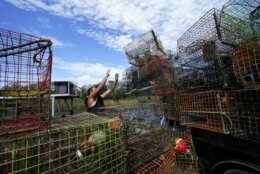 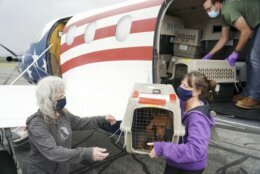 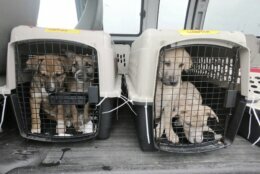 MORGAN CITY, La. (AP) — For the sixth time in the Atlantic hurricane season, people in Louisiana are once more fleeing the state’s barrier islands and sailing boats to safe harbor while emergency officials ramp up command centers and consider ordering evacuations.

The storm being watched Wednesday was Hurricane Delta, the 25th named storm of the Atlantic’s unprecedented hurricane season. Forecasts placed most of Louisiana within Delta’s path, with the latest National Hurricane Center estimating landfall in the state on Friday.

The center’s forecasters warned of winds that could gust well above 100 mph (160 kph) and up to 11 feet (3.4 meters) of ocean water potentially rushing onshore when the storm’s center hits land.

“This season has been relentless,” Louisiana Gov. John Bel Edwards said, dusting off his now common refrain of 2020 – “Prepare for the worst. Pray for the best.”

A hurricane warning has been issued for a stretch of the northern U.S. Gulf Coast. The National Hurricane Center in Miami said Delta is expected to become a major hurricane again, like it was days earlier before crossing part of Mexico’s Yucatan Peninsula. But some weakening is forecast once Delta approaches the northern Gulf Coast on Friday.

So far, Louisiana has seen both major strikes and near misses. The southwest area of the state around Lake Charles, which forecasts show is on Delta’s current trajectory, is still recovering from an Aug. 27 landfall by Category 4 Hurricane Laura.

Nearly six weeks later, some 5,600 people remain in New Orleans hotels because their homes are too damaged to occupy. Trees, roofs and other debris left in Laura’s wake still sit by roadsides in the Lake Charles area waiting for pickup even as forecasters warned that Delta could be a larger than average storm.

New Orleans spent a few days last month bracing for Hurricane Sally before it skirted to the east, making landfall in Alabama on Sept. 16.

Delta is predicted to strengthen back into a Category 3 storm after hitting the Mexican Yucatan Peninsula on Wednesday, then weaken slightly as it approaches Louisiana. The National Hurricane Center forecast anticipated the storm will come ashore in a sparsely populated area between Cameron and Vermilion Bay.

But Edwards said Wednesday that Delta is moving fast, so hurricane force winds could reach well inland, and expected heavy rains could cause flooding.

Plywood, batteries and rope already were flying off the shelves at the Tiger Island hardware store in Morgan City, Louisiana, which would be close to the center of the storm’s path.

“The other ones didn’t bother me, but this one seems like we’re the target,” customer Terry Guarisco said as a store employee helped him load his truck with plywood needed to board up his home.

In Sulphur, across the Calcasieu River from Lake Charles, Ben Reynolds was deciding whether to leave or stay. He had to use a generator for power for a week after Hurricane Laura.

By sundown Wednesday, Acy Cooper planned to have his three shrimp boats locked down and tucked into a Louisiana bayou for the third time this season.

“We’re not making any money,” Cooper said. “Every time one comes we end up losing a week or two.”

Lynn Nguyen, who works at the TLC Seafood Market in Abbeville, said each storm threat forces fisherman to spend days pulling hundreds of crab traps from the water or risk losing them.

“It’s been a rough year. The minute you get your traps out and get fishing, its time to pull them out again because something is brewing out there,” Nguyen said.

Elsewhere in Abbeville, Wednesday brought another round of boarding up and planning, said Vermilion Chamber of Commerce Executive Director Lynn Guillory.

“I think that the stress is not just the stress of the storm this year, it’s everything – one thing after another,” Guillory said. “Somebody just told me, ‘You know, we’ve really had enough.’”

On Grand Isle, the Starfish restaurant planned to stay open until it ran out of food Wednesday. Restaurant employee Nicole Fantiny then planned to join the rush of people leaving the barrier island, where the COVID-19 pandemic already devastated the tourism industry.

“The epidemic, the coronavirus, put a lot of people out of work. Now, having to leave once a month for these storms — it’s been taking a lot,” said Fantiny. She tried to quit smoking two weeks ago but gave in and bought a pack of cigarettes Tuesday as Delta strengthened.

While New Orleans has been mostly spared by the weather and found itself outside Delta’s cone Wednesday, constant vigilance and months as a COVID-19 hot spot have strained a vulnerable city still scarred by memories of 2005’s Hurricane Katrina. Delta’s shifting forecast track likely meant no need for a major evacuation, but the city’s emergency officials were on alert.

Tropical Storm Marco looked like it might deliver the first half of a hurricane double-blow with Laura, but nearly dissipated before hitting the state near the mouth of the Mississippi River on Aug. 24.

“I don’t really remember all the names,” Keith Dunn said as he loaded up his crab traps as a storm threatened for a fourth time this season in Theriot, a tiny bayou town just feet above sea level.

And there are nearly eight weeks of hurricane season left, although forecasters at the National Weather Service office in New Orleans noted in a discussion Tuesday of this week’s forecast that outside of Delta, the skies above the Gulf of Mexico look calm.

“Not seeing any signs of any additional tropical weather in the extended which is OK with us because we are SO DONE with Hurricane Season 2020,” they wrote. 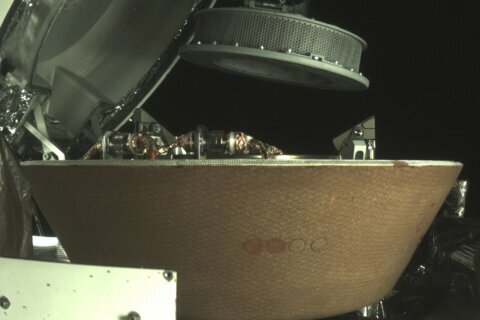 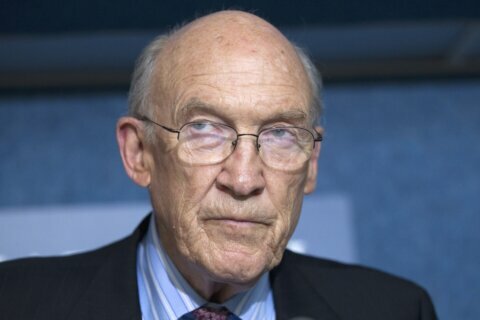