Deadly windblown wildfires raging across the Pacific Northwest destroyed hundreds of homes in Oregon, the governor said Wednesday, warning it could be the greatest loss of life and property from wildfire in state history.
Listen now to WTOP News WTOP.com | Alexa | Google Home | WTOP App | 103.5 FM
(1/16) 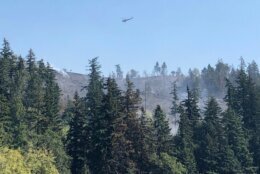 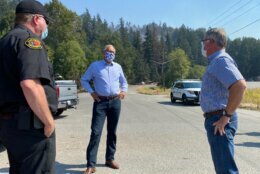 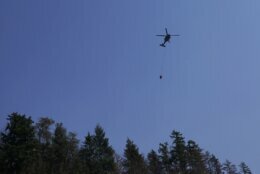 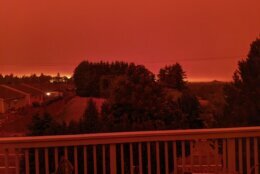 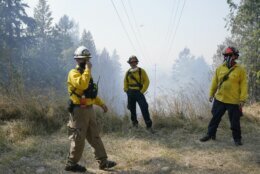 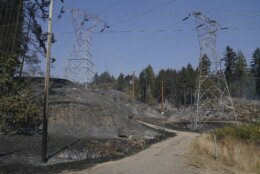 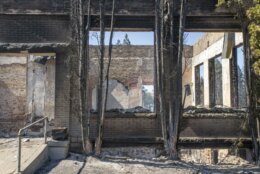 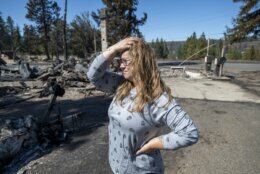 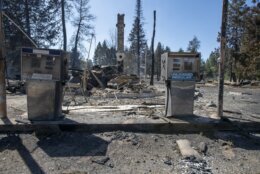 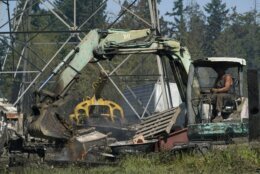 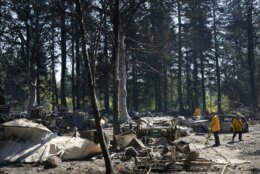 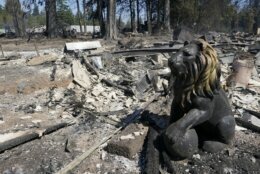 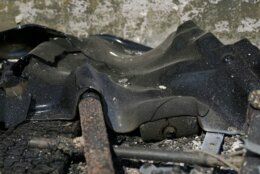 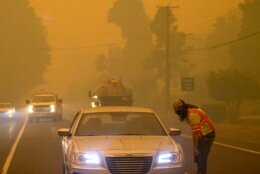 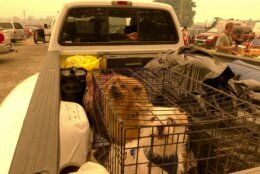 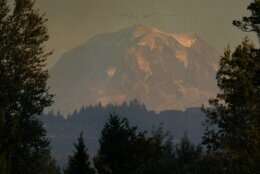 ESTACADA, Ore. (AP) — Deadly windblown wildfires raging across the Pacific Northwest destroyed hundreds of homes in Oregon, the governor said Wednesday, warning it could be the greatest loss of life and property from wildfire in state history.

The blazes from the top of the state to the California border caused highway closures and smoky skies and had firefighers struggling to contain and douse flames fanned by 50 mph (80 kph) wind gusts. Officials in some western Oregon communities gave residents “go now” orders to evacuate, meaning they had minutes to flee their homes.

At least three people were killed in Oregon fires and a small child died in blazes in Washington state. Oregon Gov. Kate Brown said some communities were substantially damaged, with “hundreds of homes lost.”

Fires were burning in a large swath of Washington state and Oregon that rarely experiences such intense wildfire activity because of the Pacific Northwest’s cool and wet climate.

Flames trapped firefighters and civilians behind fire lines in Oregon and leveled an entire small town in eastern Washington. Brown warned that the devastation could be overwhelming from the fires that exploded Monday during a late-summer wind storm.

“Everyone must be on high alert,” Brown said. The blazes were thought to be extremely destructive around Medford, in southern Oregon, and near the state capital of Salem.

“This could be the greatest loss of human life and property due to wildfire in our state’s history,” the governor said.

The precise extent of damage was unclear because so many of the fire zones were too dangerous to survey, said Oregon Deputy State Fire Marshal Mariana Ruiz-Temple.

“Quite frankly, we are not even able to get into these areas,” she said.

In Washington, a 1-year-old boy died after his family was apparently overrun by flames while trying to flee a wildfire in the northeastern part of the state, Okanogan County Sheriff Tony Hawley said Wednesday.

The child’s injured parents were discovered in the area of the Cold Springs Fire, which is burning in Okanogan and Douglas counties, Hawley said. They were transported to a Seattle hospital with third-degree burns.

KOIN reported a boy and his grandmother died in a wildfire near Lyons, Oregon, according to family members. Marion County Sheriff Joe Kast earlier Wednesday confirmed two fatalities but said Wednesday night they had only so far confirmed that searchers had found in a vehicle what are believed to be the remains of a boy and dog. The sheriff’s office will work with the county medical examiner to confirm the boy’s identity.

The Mail Tribune in Medford reported that Jackson County Sheriff Nathan Sickler confirmed at least one death and a criminal investigation at the origin point of a wildfire that started near Ashland in southern Oregon.

“We are still in the early stages,” Sickler told the newspaper. “Nothing’s been ruled out.”

Another wildfire hit Lincoln City, on the Oregon coast, where residents were being evacuated to a community college to the south.

“The fire is in the city,” said Casey Miller, spokesman for Lincoln County Emergency Management. He said some buildings had been burned but had no details.

The department imposed mandatory evacuation for the northern half of the city of roughly 10,000 residents, which stretches alongside U.S. Highway 101,

The Pacific Northwest scenes of lines of vehicles clogging roads to get away from the fires were similar to California’s terrifying wildfire drama, where residents have fled fires raging unchecked throughout the state. But Northwest officials said they did not recall so many destructive fires at once in the areas where they were burning.

Sheriff’s deputies, traveling with chain saws in their patrol cars to cut fallen trees blocking roads, went door to door in rural communities 40 miles (64 kilometers) south of Portland, telling people to evacuate. Since Tuesday, as many as 16,000 people have been told to abandon their homes.

“These winds are so incredible and are spreading so fast, we don’t have a lot of time,” said Clackamas County Sheriff Craig Roberts.

“I’ve been through hell and high water but nothing like this. I’ve been shot down and shot at but this — last night, I’m still not over it,” said Lloyd Dean Holland, a Vietnam veteran who barely escaped his home in Estacada on Tuesday night.

Holland said Oregon State Police had warned him to leave earlier in the day, but the fire seemed far away and he decided to stay. Around 10 pm, he said, his landlord came pounding on the door screaming at him to go.

Fires were burning in seven Oregon counties and rural and suburban homes miles away from Portland were under preliminary orders to prepare for possible evacuations. Three prisons were evacuated late Tuesday and Brown called the state’s blazes unprecedented.

The Northwest is no stranger to wildfires, but most of the biggest ones until now have been in the eastern or southern parts of the region — where the weather is considerably hotter and drier and the vegetation more fire-prone than it is in the region’s western portion.

Fires in 2017 and 2018 crested the top of the Cascade Mountains — the long spine that divides dry eastern Oregon from the lush western part of the state — but never before spread into the valleys below, said Doug Grafe, chief of Fire Protection at the Oregon Department of Forestry.

“We do not have a context for this amount of fire on the landscape,” he said.

Fire crews were focusing on trying to keep people out of harm’s way and preventing houses from burning on Wednesday, with officials saying that containing the fires was a secondary priority.

After a 30-minute tour of the fire area south of Seattle in Sumner, Washington, Gov. Jay Inslee said the blaze is “just one example of probably the most catastrophic fires we’ve had in the history of the state.”

About 80% of the small eastern Washington farming town of Malden was leveled by flames from a fast-moving fire on Monday.

In Sumner helicopters flew over a ridge, dropping water on smoldering areas. Bud Backer, fire chief for East Pierce Fire & Rescue, told Inslee that the recent winds were “like a blowtorch.”

Bonney Lake Police Chief Bryan Jeter said that about 2,500 homes in the area were given evacuation orders.

In Oregon, at least four major fires were burning in Clackamas County, a suburban county in Oregon that’s a bedroom community of Portland. The entire county of nearly 420,000 people was put on notice to be ready to evacuate late Tuesday amid winds gusting up to 30 mph (48 kph).

Another major fire in southern Oregon prompted evacuation orders in much of Medford, a city of about 80,000 residents near the California border.

And several huge blazes burning in Marion County, southeast of the state’s capitol city of Salem, merged overnight — turning the sky blood red in the middle of the day.