UNITED NATIONS (AP) — U.N. Secretary-General Antonio Guterres urged Israel and the Palestinians on Wednesday to seize the opportunity for negotiations following the diplomatic agreements between Israel and two Gulf Arab states that resulted in the suspension of any Israeli annexation of territory that the Palestinians want for a future state.

He said at a news conference that the United Nations has been pushing hard not only to promote direct contact but also to try to find a format in which the Quartet of Mideast mediators — the U.N., U.S., European Union and Russia — or a group of countries linked to the Quartet could meet.

“Until now, we were not able to gather the consensus necessary for that, but we will persist in our efforts,” he said. “It is very important not to give up on the peace process in the Middle East.”

Guterres reiterated the U.N.’s welcome for the U.S.-brokered bilateral agreements that formalized the normalization of Israel’s already thawing relations with the United Arab Emirates and Bahrain, in line with their common opposition to Iran, saying “international cooperation is an absolutely essential aspect to solve problems.”

The agreements were signed Tuesday at a White House ceremony with U.S. President Donald Trump, Israeli Prime Minister Benjamin Netanyahu and the foreign ministers of the UAE and Bahrain.

Guterres focused on the UAE agreement, which requires Israel to suspend its contentious plan to annex o(backslash)West Bank land sought by the Palestinians.

“The annexation was suspended, and we believe it’s the moment in which it’s important that Palestinians and Israelis restart their dialogue in order to find a political solution in line with what are the Security Council resolutions,” he said.

Guterres noted that Israeli Defense Minister Benny Gantz said Wednesday “that it’s important to restart those negotiations, which show that there is an agreement with this perspective.”

Gantz also serves as “alternate” prime minister until he is expected to replace Netanyahu late next year, under a power-sharing agreement that ended more than a year of political turmoil. 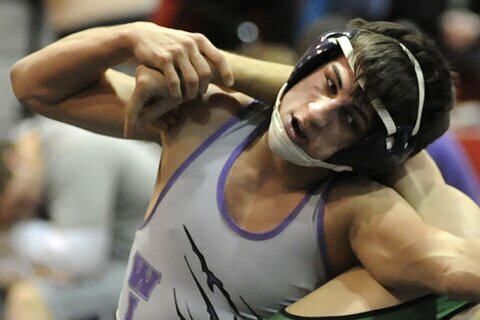 US layoffs remain elevated as incomes and spending weaken