NASHVILLE, Tenn. (AP) — A federal judge has blocked a Tennessee law that required women undergoing drug-induced abortions be informed the procedure could be reversed.

The statute was about to go into effect Wednesday after the GOP-dominant General Assembly advanced a sweeping anti-abortion measure earlier this year. The law included not only the so-called “abortion reversal” provision, but also a ban on abortions once a fetal heartbeat is detected — about six weeks into pregnancy, before many women know they are pregnant.

Both portions of that statute are now blocked from being implemented as these legal cases make their way through court.

Under the Tennessee law, doctors would be required to inform women that drug-induced abortions may be halted halfway. Medical groups say the claim is nat backed up by science and there is little information about the reversal procedure’s safety.

Those who failed to comply with the law would face a Class E felony, punishable by up to six years in prison.

Abortion rights advocates argue the law is unconstitutional because it requires doctors to communicate “controversial government-mandated” information that they otherwise would not relay to their patients.

“Plaintiffs have demonstrated a strong or substantial likelihood of success on the merits of their claims that (the law) violates the First Amendment by requiring abortion providers to convey a mandated message that is misleading,” wrote U.S. District Judge William Campbell in his Tuesday night ruling.

However, Campbell held off from weighing on whether the information doctors have to provide to their patients regarding drug-induced abortions was accurate. Instead, he said he would make that determination at the Oct. 13 preliminary injunction hearing when experts could testify.

The state’s attorneys have maintained the information is crucial for women who may change their minds halfway through the procedure. The state also says doctors are free to voice their disagreement with the state-mandated advisory, which they argue negates any free speech concerns.

“The temporary restraining order merely preserves the status quo until the district court can hold a preliminary injunction hearing,” said Samantha Fisher, spokeswoman for the Tennessee Attorney General’s office, in an email. “We look forward to presenting evidence at the hearing to support the constitutionality of the statute.”

Six states already require doctors to tell women that it may be possible reverse a medication abortion: Arkansas, Idaho, Kentucky, Oklahoma, South Dakota and Utah. In two other states, Oklahoma and North Dakota, these laws are blocked by legal challenges.

“Our patients depend on us for honest, evidence-based care. We’re glad we aren’t forced to deceive them with quackery – at least not yet,” said Rebecca Terrell, executive director at Memphis Center for Reproductive Health, a group that is a plaintiff in the lawsuit.

Last week, Davidson County District Attorney General Glenn Funk submitted a court filing that stated he does not believe the law is constitutional and does not intend to enforce it.

A drug-induced abortion, also called a medical abortion, involves taking two drugs. The first — mifepristone — thins the lining of the uterus and loosens the connection between the embryo and the uterine lining. The second — misoprostol — softens and opens the cervix and causes contractions to push out the pregnancy.

The American Congress of Obstetricians and Gynecologists has said there is no medically accepted evidence that a drug-induced abortion can be interrupted. 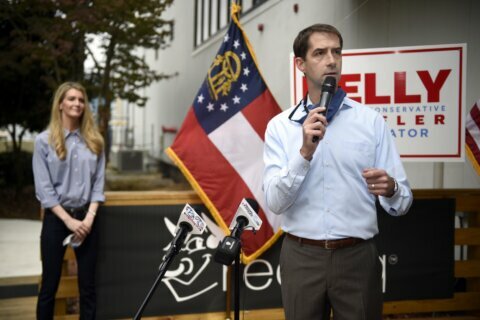