LOUISVILLE, Ky. (AP) — The publisher of an online news site said two of the site’s reporters were arrested during protests in Kentucky’s largest city after a grand jury’s decision to not indict officers in the fatal shooting of Breonna Taylor.

Daily Caller publisher Neil Patel said in a news release that the two reporters were peacefully doing their jobs when police detained them Wednesday night.

Cities around the country saw protesters take to the streets after the Kentucky grand jury’s decision. 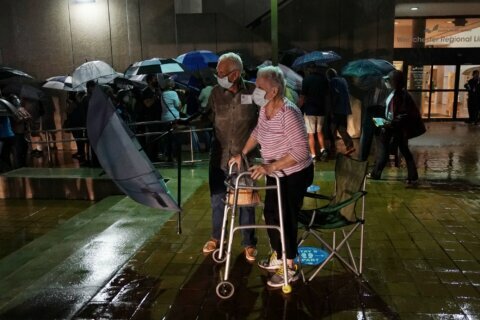