LOS ANGELES (AP) — Two deputies told investigators they fatally shot a Black man in South Los Angeles after he picked up a handgun he’d dropped during a struggle with one of them, authorities said Thursday.

Dijon Kizzee, 29, was killed Aug. 31 after the Los Angeles County sheriff’s deputies tried to stop him for riding a bicycle in the wrong direction. They said they were unaware he had a weapon wrapped in a piece of clothing he was carrying at the time.

Kizzee abandoned his bike and ran away. Residents of the Westmont neighborhood helped the deputies locate him, said Capt. Kent Wegener, the head of the department’s Homicide Bureau, and video obtained by authorities shows one of the deputies run up to Kizzee as he walked on a sidewalk.

A brief struggle ensued and Kizzee dropped the clothing and the gun fell out. Authorities say he picked up the gun; the video shows him stooping down but a wall blocks a full view and no weapon can be seen.

The two deputies fired 19 times within seconds, striking Kizzee multiple times in the chest and arms and once in the back, Wegener said. The full autopsy hasn’t been completed yet.

The sheriff’s department said it released the additional information after investigators were able to interview the deputies — a trainee and his field supervisor. Their identities have not been publicly released.

The shooting has prompted a series of mostly peaceful demonstrations. Kizzee’s family has retained civil rights attorney Benjamin Crump, who also represents the families of George Floyd and Jacob Blake. Floyd was killed when a Minneapolis officer knelt on his neck and Blake was left paralyzed by a police shooting in Kenosha, Wisconsin.

Crump did not immediately respond to a request for comment but previously called Kizzee’s shooting a “despicable and tragic killing.”

“When officers shoot first and ask questions later, precious lives are lost and police lose credibility and trust from those they are sworn to protect,” Crump said.

Wegener and Sheriff Alex Villanueva sought to cast the deputies’ actions as proactive policing in an area of South LA the sheriff likened to a war zone. He said since January there have been 12 homicides and 163 assaults with a firearm within a mile of where Kizzee was killed.

Villanueva said the deputies’ decision to stop Kizzee for making a U-turn in the middle of a road and just in front of the deputies’ vehicle was appropriate and ultimately revealed he was carrying a semiautomatic handgun with 15 rounds.

The handgun had been stolen in Las Vegas in 2017, police said, and they showed a video of Kizzee taken days before the shooting that shows him carrying the gun and displayed its serial number.

Wegener said Kizzee had a restraining order that prohibited him from having a gun. He also had convictions for narcotics and firearms violations, Wegener said, and had a pending case in the Antelope Valley north of Los Angeles that involved an alleged assault on deputies and bringing drugs into a jail. 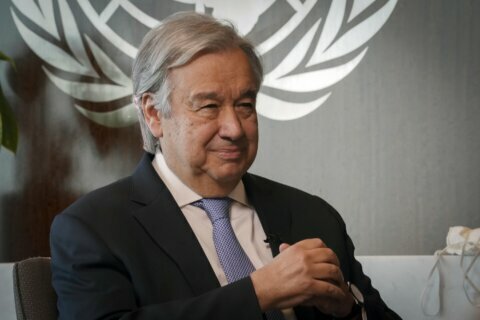