SCOTTSBORO, Ala. (AP) — A fire that killed eight people and did more than $500,000 damage at an Alabama marina started accidentally but was worsened by the marina’s “limited fire safety practices,” according to a federal report.

The National Transportation Safety Board, in a report released this month, said the Jan. 27 fire started near the electrical panel of a houseboat named Dixie Delight at the Jackson County Park Marina in Scottsboro. The fire spread quickly because of the abundance of combustible lawn furniture and propane cylinders for barbecue grills on the dock and boat decks. The report found the county and marina’s “limited fire safety practices” contributing to the severity of the fire and loss of life.

“The fire spread due to the neighboring vessels of similar fiberglass construction, an abundance of combustible lawn furniture on the vessel decks and open dock areas, and the presence of portable liquid propane cylinders used for barbecue grills, which all increased the dock’s fire load,” the report found.

The marina did not have to adhere to current fire code standards that requires annual electrical inspections, fire response training and fire drills because it was built before those standards were adopted, but investigators said marinas should still have measures and guidelines in place to prevent and mitigate accidents for all moored boats and their occupants,” the report stated.

“The Jackson County Park Marina did not observe several existing safety best practices and guidelines created for and used by the marina industry,” investigators wrote.

Investigators could not determine the cause of the fire, but said it began near the Dixie Delight’s electrical panel. The owner tried to extinguish it, and then to push the burning boat away from the dock, but the blaze engulfed the 43-foot houseboat and then spread to neighboring vessels and the wood-framed covered dock, the report found.

Five children, their mother and another woman died after they were trapped in one boat’s cabin by the flames. Another person drowned after jumping in the water to try to escape, the report said.

Seventeen people trapped on the dock were able to get away in two “cabin cruiser-style” boats after the Dixie Delight caught fire. But they couldn’t start the engines and tried to paddle them with folding chairs and wash brushes, the report said.

“As the fire fully engulfed the dock, the two boats were drawn back toward the end of Dock B, in what some survivors referred to as a fire-induced draft or vortex,” it recounted.

Docked, unoccupied boats caught fire, burned through their mooring ropes, drifted into the other boats and set them on fire.

State investigators found in April that the fire was accidental. 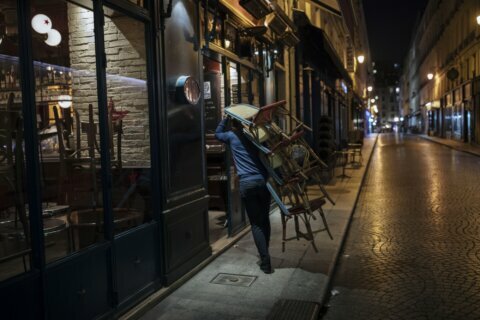 NASA spacecraft touches surface of asteroid, aiming to scoop up rubble and return it to Earth.