No charges against officers in custody death of Black man

CHARLOTTE, N.C. (AP) — A prosecutor has declined to charge five North Carolina police officers accused of not giving immediate medical attention to a Black man who died after fatally ingesting drugs right before he was taken into custody.

District Attorney Spencer Merriweather III said in a Monday report to the State Bureau of Investigation that prosecutors could not file involuntary manslaughter charges against the Charlotte-Mecklenburg officers because they would not be able to prove that Harold Easter, after eating a large amount of crack cocaine, would have lived even if he had received immediate medical attention.

Officers who were conducting a drug investigation against Easter, 41, tried to conduct a traffic stop on the car he was driving on Jan. 23. Authorities say that during a low-speed pursuit, Easter ate a large amount of crack cocaine, and that he continued to eat, or try to eat, cocaine as he struggled with an officer during his arrest.

Easter suffered a medical emergency in a police interview room, where he had been left unattended for more than 20 minutes, and died three days later, Police Chief Johnny Jennings said at a news conference Friday.

Jennings said the four officers and a sergeant had been cited for termination.

The decision not to charge the five officers comes amid continued national attention on racial injustice in policing.

Last week, the city of Louisville, Kentucky, announced a $12 million settlement of a lawsuit brought by Breonna Taylor’s mother against a group of officers who were involved in her March 13 shooting death. The settlement also included a long list of police reforms. 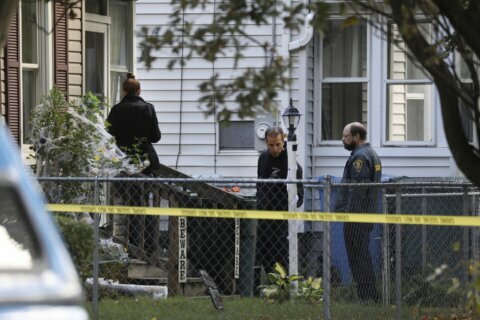