RUTH BADER GINSBURG, 1933-2020: Trump to Senate: Vote 'without delay' on his high court pick | How Ginsburg's death could reshape the election | How to honor RBG by supporting her favorite causes
Home » National News » No cameras allowed at…

No cameras allowed at Floyd criminal proceedings — for now

MINNEAPOLIS (AP) — When four former Minneapolis police officers charged in George Floyd’s death appeared for an omnibus hearing Friday, no cameras were allowed — just as at all other hearings so far in the case.

In Minnesota, unlike many other states, cameras are not allowed before the sentencing phase of criminal proceedings unless both prosecution and defense agree. Attorneys for the officers have said they want cameras, but the prosecution team — led by state Attorney General Keith Ellison — has so far resisted. In a court filing, they have warned the cameras could change the way attorneys present evidence, force participants to endure even more media scrutiny and even intimidate witnesses.

Prosecutors have said they might change their minds before the trial’s scheduled start in March. A coalition of media organizations, including The Associated Press, has requested access for cameras, arguing that they will increase transparency, especially with the possibility that the coronavirus pandemic may restrict access to court proceedings for the media and spectators. 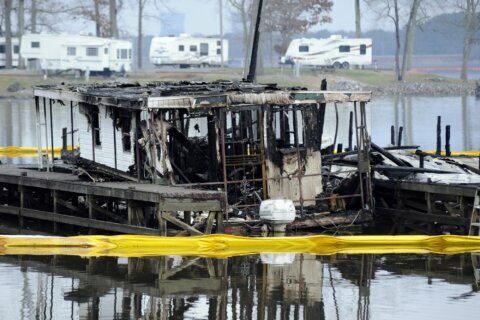