CHEYENNE, Wyo. (AP) — The mother of an unarmed Wyoming man killed by a sheriff’s deputy after a traffic stop has filed a lawsuit alleging excessive use of force and failures in hiring and training the deputy.

The lawsuit seeks at least $75,000 in non-economic damages and still-to-be-determined economic and punitive damages.

Colling shot Ramirez, 39, on Nov. 4, 2018, after pulling him over for allegedly failing to signal a turn in Laramie, a southeastern Wyoming town of 32,000 that is home to the University of Wyoming. A grand jury found in Jan. 2019 that Colling, a deputy at the time, didn’t commit involuntary manslaughter. He has since been promoted to corporal.

The killing caused many in Laramie to question why O’Malley hired Colling after he’d been fired from the Las Vegas police department in 2011.

Colling got top marks in academics, shooting and physical fitness at the Wyoming Law Enforcement Academy in 2013. His record in Las Vegas, however, included fatally shooting two people and assaulting and illegally arresting a man who later settled a personal injury lawsuit against the city, according to Hinkel’s lawsuit.

The Laramie Police Department and other law enforcement agencies rejected Colling’s employment applications after his firing in Las Vegas but O’Malley was “unduly influenced” by his friendship with Colling’s father, according to the lawsuit.

In 2015, O’Malley became aware that the mother of a 15-year-old boy whom Colling killed in Las Vegas had concerns about Colling being hired in Albany County, the lawsuit says.

“I really am concerned to know that this can happen again,” the mother, Evie Oquendo, was quoted as saying in the Laramie Boomerang at the time.

A federal appeals court had just sided with Colling in a lawsuit Oquendo filed over the boy’s death. A coroner’s jury in Nevada ruled that shooting was justified and O’Malley stood by Colling in the Boomerang story, calling him a “fine officer.”

Colling and Ramirez both grew up in Laramie, going to the same schools, playing on the same sports teams and singing in the high school choir together, according to the lawsuit.

While enrolled at the University of Wyoming, Ramirez was diagnosed with schizoaffective disorder, which relatives have said contributed over time to run-ins with police that made him fearful of law enforcement officers.

In 2018, after Colling pulled Ramirez over and yelled at him to roll down a passenger-side window of his pickup truck, Ramirez pointed toward his apartment building 150 feet (45 meters) away and drove to it, Hinkel’s lawsuit says.

Colling followed, the lawsuit says, and his patrol car video camera showed him “aggressively charging” toward Ramirez with a Taser and gun.

Colling shot at Ramirez with the Taser twice, hitting him in the belly, and with the gun several times, according to the lawsuit. He then hit him in the armpit and then twice in the back while Ramirez was on the ground, it says.

Colling should have known the armpit wound alone would have rendered Ramirez “incapacitated and defenseless,” the lawsuit alleged.

The lawsuit states that at no point did Ramirez act “in any manner that constituted a threat of imminent harm or death to Defendant Colling, any member of the public, or to public safety.”

A “Use of Force” section in the sheriff’s office training manual does not have rules or mandates but only guidelines that give sheriff’s officers too much discretion to use excessive or deadly force, the lawsuit alleged.

Albany County had not yet been served with the lawsuit and she had not yet seen it, Attorney Peggy Trent said by email. Trent did not respond after The Associated Press sent her a copy. 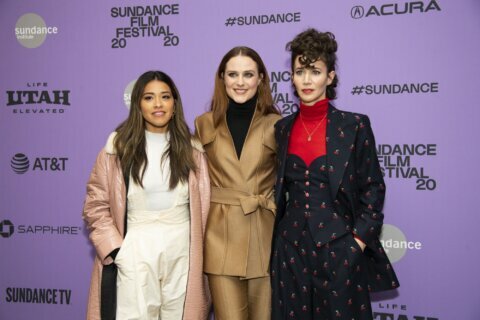