BENTON, Mo. (AP) — A southeast Missouri man who was released from prison after a judge ruled he was wrongfully convicted of murder has been charged with assaulting a woman during an argument at a liquor store.

David Robinson, 52, of Sikeston, pleaded not guilty Monday to first-degree domestic assault and tampering with a victim. He was being held without bond in the Cape Girardeau County jail.

Robinson was released from prison in May 2018 after serving 17 years for a murder that a judge found he likely did not commit. He won an $8 million wrongful imprisonment settlement against the city of Sikeston in May.

A probable cause statement alleges Robinson was arguing with a woman in a Sikeston liquor store on Aug. 23 when he wrapped a towel around her throat, causing her to lose consciousness and strike her head on the counter, The Southeast Missourian reported.

The woman told investigators that Robinson later sent her a text telling her to blame her injuries on a car accident, according to the complaint. The assault was reported on Thursday and Robinson was arrested Sunday.

Robinson was in custody at the Cape Girardeau County Jail on a no-bond warrant. His next court appearance is scheduled for Sept. 7. The charges carry a maximum sentence of life in prison. 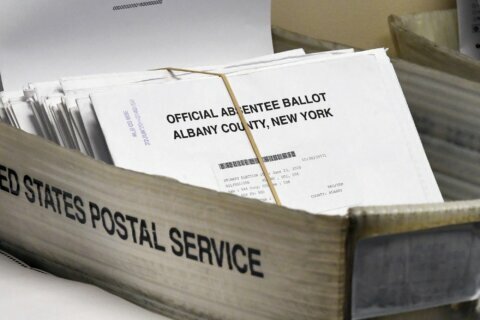