LOUISVILLE, Ky. (AP) — Democrat Amy McGrath tried to turn Mitch McConnell’s Senate seniority into a liability Wednesday, accusing the Republican leader of helping to create an “inept mess” as Congress struggles to break an impasse on more coronavirus aid in a hyper-partisan environment.

Speaking at a virtual event hosted by two Louisville professional groups, McGrath later acknowledged that McConnell’s long Senate career looms as her biggest challenge in trying to unseat him in the November election. McConnell, who is seeking a seventh term, has been in office so long, she said, that it’s “really hard to get people to believe that he can be defeated.”

McConnell, the Senate majority leader, has played up his role as the top-ranking Republican in Congress, saying it allows Kentucky to “punch above its weight” in national policy-making. He noted at a recent event that McGrath would be “dead last” in seniority if she joined the Senate.

Looking to puncture that advantage, McGrath continued to blame McConnell for a “lack of leadership” from the federal government in combating the deadly coronavirus. She didn’t mention Republican President Donald Trump, who remains popular in much of Kentucky. It’s widely believed McGrath will have to win over some Trump supporters to have a chance of defeating McConnell.

“We have here a senator … who has created this inept mess,” she said. “We are more divided than ever. We are more partisan than ever. Congress has more dysfunction than ever before. We have more inequality than ever. And my belief is that the 36 years that he has been in Washington, where has that gotten us? Where has it gotten us in Kentucky?”

She pointed to long-running problems plaguing the Bluegrass State, including high rates of cancer, diabetes and heart disease and its struggles with poverty.

McConnell has spent much of the campaign touting his lead role in passing a massive virus relief package in the spring and how it benefited Kentucky. A trimmed-down Republican virus relief package that McConnell recently offered was blocked last week by Senate Democrats, who said it shortchanged too many pressing needs. .

McConnell’s campaign said he has wielded his influence as Senate leader to boost Kentucky on many fronts, from combating drug trafficking to supporting its universities and its military posts.

“Kentuckians know Senator McConnell works for them and trust him to deliver on issues that matter most to the commonwealth,” said Kate Cooksey, his campaign spokeswoman. “With Mitch McConnell in the Senate, Kentucky won’t be left behind.”

McGrath said Wednesday that if elected she would focus on quality-of-life issues including health care, universal access to pre-kindergarten and efforts to bolster education and child care.

“If we had more women and moms in the Senate, it would be done yesterday,” she said.

She also advocated for term limits for senators, increased investments in minority-owned businesses and a national service plan that would pay college costs for professionals like doctors, nurses and teachers who then agree to give service time to the country. She also called for more spending on infrastructure, broadband access and workforce development.

McGrath, a retired Marine combat pilot, has been a prolific fundraiser — a testament to McConnell’s status as a lightning rod for national Democrats — but she has consistently trailed the senator in polling. McConnell has been in office longer than some people participating in the virtual event have been alive, McGrath said Wednesday. To overcome his incumbency, she added, she has to show what’s achievable if he’s removed from office.

“I think the challenge that I have is to show people that that vision is not what he’s trying to put in attack ads,” she said. “The vision is better health care, lower prescription drug prices, childcare, universal pre-K, investment in ourselves.”

McConnell has been invited to speak to the same groups, and his campaign said it’s working on trying to schedule the event. 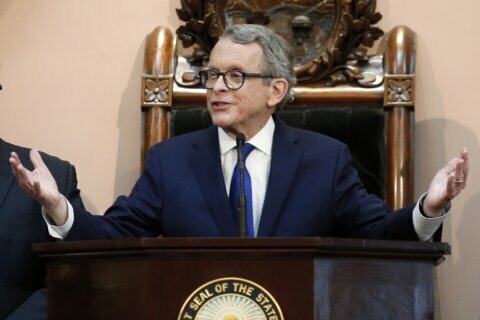 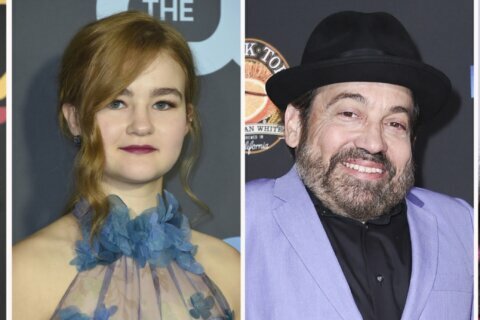 Cop run over during Philadelphia protest over fatal police shooting