Republican Roger Marshall, a two-term congressman for western and central Kansas, repeatedly attacked Democrat Barbara Bollier, a Kansas City-area state senator, for switching parties in late 2018 after having been elected to office as a moderate Republican. He suggested that her choosing to leave the GOP showed that she was out of touch with most voters in their Republican-leaning state and had embraced liberal values.

Marshall repeatedly referred to the Green New Deal during the candidates’ first debate, livestreamed on Facebook and broadcast live by WIBW radio of Topeka as well as public and agricultural radio stations across the state. Republicans have derided the Democratic plan for weaning the U.S. off fossil fuels and combatting climate change as ruinous for the economy, and Marshall sought to tie Bollier to it, even though she said several times that she opposes it.

The two candidates also differed dramatically over how quickly the Senate should move to fill the vacancy on the Supreme Court created by Ginsburg’s death Friday. Bollier, like many Democrats, argued that the Senate should wait, that leaders elected in November should make the decisions.

“We should not be politicizing our Supreme Court,” she said.

“Our Senate needs to move forward to confirm a conservative, pro-life, constitutionalist judge who will apply the law and not write the law,” Marshall said. “This is not 2016. Republicans were elected to do just this.”

Marshall and Bollier are seeking to replace retiring four-term GOP Sen. Pat Roberts, chairman of the Senate Agriculture Committee. Republicans haven’t lost a Senate race in Kansas since 1932, but Bollier has shown herself an unusually strong fundraiser and is aggressively wooing moderate Republican and independent voters. With Republicans facing competitive races in other states, a tough race in Kansas could complicate their efforts to retain their 53-47 Senate majority.

To paint Bollier as too liberal for Kansas, Republicans are attacking her over her strong support of abortion rights as a legislator, which included voting against a raft of proposed restrictions favored by fellow GOP state lawmakers.

Marshall also pressed on the Green New Deal, suggesting that Bollier’s election would lead to a Democratic majority in the Senate and a push for those policies. Bollier said the U.S. should rejoin the 2015 Paris agreement committing nations to reducing greenhouse gas emissions, which Trump abandoned, but called the Green New Deal “government overreach.”

The two candidates had one of their sharpest exchanges after Bollier said for a second time that the Green New Deal was not “a realistic path forward.” Marshall scoffed at her disavowal.

“She left the Republican Party in favor of those Democratic values,” Marshall said. “They’re going to come after her vote, and she’s going to give it up.”

Bollier shot back: “There you go again, Roger, running over the truth.”

She added, “I am known for my independent voice. Stop deceiving voters.” 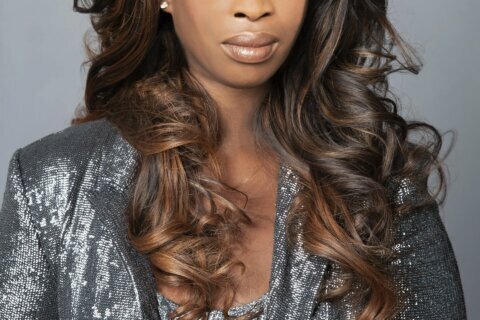