IOWA CITY, Iowa (AP) — A judge is refusing to block a new Republican-backed Iowa law that makes it harder for county officials to process absentee ballot applications and more likely that incomplete requests won’t be fulfilled.

In an opinion dated Friday and released Monday, Judge Lars Anderson rejected arguments by a Latino civil rights organization and a Democratic Party group that the law is an undue burden on the fundamental right to vote.

The ruling is another victory for Republicans who want to limit absentee voting, which begins next week in Iowa. The Trump campaign and Republican Party groups have already invalidated tens of thousands of absentee ballot applications returned by voters in three counties.

At issue is a law passed this summer that blocks county auditors from using their databases to fill in any missing information on voters’ absentee ballot applications.

County officials say a small percentage of voters routinely leave blank their drivers’ license or voter pin numbers, either of which must be included on the application. Few even know their pin numbers.

In past elections, county auditors could look up missing pin numbers in their databases and fill in the information. The new law instead requires that they contact those voters by phone, email or mail to get them to provide that information.

County officials say contacting potentially tens of thousands of voters will be unnecessarily burdensome, and that some may not be reachable before the deadline to qualify for absentee ballots. Those voters would have to vote in person during the coronavirus pandemic.

Supporters of the law argue that requiring voters to submit their own identification information is an important safeguard against fraud.

A lawsuit filed in July by the League of United Latin American Citizens and Majority Forward, a group aligned with Senate Democrats, sought to block enforcement of the law, arguing it was unconstitutional and likely to disenfranchise eligible voters.

But Anderson sided with Republicans, who argued that absentee ballot requests do not affect the fundamental right to vote. He said voters whose requests are not proper can always “vote on Election Day at his or her polling place.”

He noted that the law was passed on a party-line vote and reflects “policy decisions with which many may disagree,” but that he can’t second-guess lawmakers because the law isn’t constitutionally defective.

He found the law was related to a legitimate government interest and unlikely to be considered overly burdensome.

“Properly identifying absentee ballot requests and requiring a voter to provide identification information fits with the interest of the State in maintaining integrity of the election process,” he wrote.

To blunt the impact of the new law, elections commissioners in Linn, Johnson and Woodbury counties this summer sent absentee ballot request forms to voters with their pin numbers and other personal information already filled in. Voters just had to review, sign and mail back the forms to request absentee ballots.

The Trump campaign and Republican Party groups sued last month to invalidate those forms, saying they violated a directive from Secretary of State Paul Pate to mail them out blank to ensure uniformity statewide.

Judges quickly agreed in three separate cases, ordering counties to nullify more than 75,000 requests that had already been submitted and not to process thousands more that were outstanding. Voters in those counties have to fill out new blank forms to request absentee ballots, which will be mailed out beginning Oct. 5.

Even though the Democratic-backed challenge to the new law was filed a month before Trump’s lawsuits, the court did not hold a hearing in the case until last week.

Judge Christopher Bruns had declined to hear the challenge on an emergency basis in August, saying the pandemic “has resulted in significant delays to cases and a significant backlog of criminal and family law cases” that took priority. 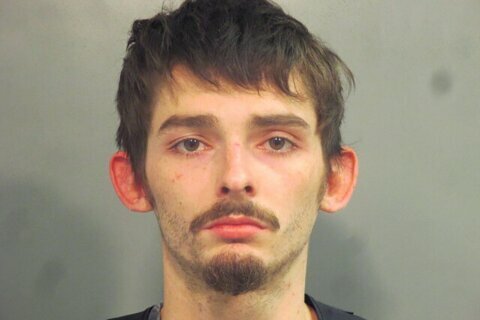 Virginia lawmakers down to the wire on key marijuana bill