ATLANTA (AP) — A federal judge ruled on Monday that every polling place in Georgia must have at least one…
Listen now to WTOP News WTOP.com | Alexa | Google Home | WTOP App | 103.5 FM

ATLANTA (AP) — A federal judge ruled on Monday that every polling place in Georgia must have at least one updated paper backup list of eligible voters to help keep long lines from forming on Election Day if electronic pollbooks used to check in voters malfunction.

The “narrowly tailored” order directs state election officials to “provide at least a modicum of the voting backup plan tools essential to protecting voters’ constitutionally protected ability and right to cast a ballot that is counted and given the same weight as any other on this coming November 3rd general election day and thereafter,” U.S. District Judge Amy Totenberg wrote in her 67-page order.

Voting integrity activists had asked the judge to order the change, arguing that malfunctioning electronic pollbooks created bottlenecks that resulted in voters waiting in long lines during the primary election in June and runoff election in August.

The KnowInk PollPads are part of the new election system the state bought last year from Dominion Voting Systems for more than $100 million.

Backups on paper will “prevent computer ‘glitches’ and complex electronic pollbook operating issues from bringing Election Day voting to a halt,” said Marilyn Marks, executive director of the Coalition for Good Governance, a plaintiff in the lawsuit. She also urged the secretary of state to ensure that poll workers are well trained, along with accurate paper backups, to keep voting lines moving.

Secretary of State Brad Raffensperger said his office and county election officials “are preparing Georgia for the biggest election turnout in history, and it will do so successfully despite the constant distraction of litigation filed by activists determined to undermine the credibility of our elections.”

He said the state plans to appeal the ruling.

The ruling requires Raffensperger to generate and provide to election superintendents in each county a list of electors updated at the close of the in-person early voting period to contain all the information in the electronic pollbook. The secretary of state is to instruct the election superintendents to provide at least one paper backup at each polling place on Election Day.

The paper backups are to be used to determine voter eligibility and precinct assignment in the case of equipment malfunction or other emergency, Totenberg wrote. She also ordered that efforts be made to ensure that county election officials and poll workers are trained on using paper pollbook backups and emergency ballots and that a sufficient stock of emergency paper ballots be maintained.

“It is not too late for (election officials) to take these reasonable concrete measures to mitigate the real potential harms that would otherwise likely transpire at precinct polling locations grappling with the boiling brew created by the combination of new voting equipment issues and old voter data system deficiencies,” the judge wrote.

Totenberg’s ruling follows a three-day hearing earlier this month in a long-running fight over Georgia’s voting machines. The lawsuit filed in 2017 against state and county election officials originally challenged the state’s old, outdated voting machines but has since been amended to target the new machines and election system.

Totenberg’s ruling deals primarily with the issue of paper pollbook backups. She said during an emergency hearing Monday that she needs more time to address the other issues at stake in light of new issues raised by plaintiffs over the weekend, but she wanted to give the state time to begin preparing to provide paper pollbook backups.

The election integrity activists say the new voting machines are unaccountable and unverifiable and have many of the same security vulnerabilities as the old ones. They have asked Totenberg to order the state to ditch the new ballot-marking machines in favor of hand-marked paper ballots for the November election.

State officials have argued that Georgia has made significant improvements in recent years to update and secure its election infrastructure. They had urged Totenberg not to order any changes so close to the election, saying they would be extremely costly and difficult to implement in time.

Totenberg has been highly critical of the state in the past, saying election officials long ignored clearly evident problems with the old machines, as well as other glaring security holes in the election system. But over the course of this case, she has repeatedly shied away from ordering major changes with an election looming.

Separately, a different judge on Monday dismissed a lawsuit filed by two Fulton County voters that sought to force election officials to hold hearings that could have resulted in 14,000 voters being removed from the county’s voter rolls before the November general election. 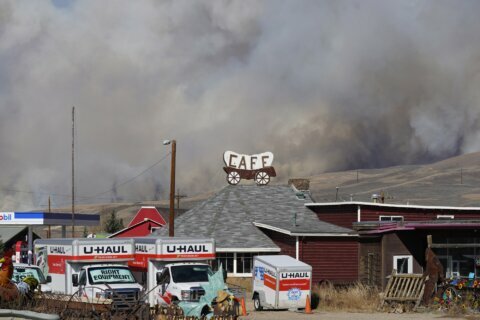