ALBANY, N.Y. (AP) — Health inspectors found safety shortcomings at 77 New York nursing homes during the coronavirus pandemic, including basic infection-control violations like failing to have staff wear masks or wash their hands, according to records and state officials.

State and federal inspection records show that about half a dozen homes were cited for failing to isolate COVID-19 patients from residents who didn’t have the virus.

At least 20 were cited over staff neglecting to wash their hands or properly use face masks, gloves or gowns. Inspectors found examples of unmonitored residents at another half-dozen nursing homes not wearing masks and sitting close to other patients.

The state has fined 23 nursing homes a total of $328,000 for violations since March 1, according to Department of Health spokesperson Jill Montag.

The largest fine, $50,000, went to Humboldt House Rehab and Nursing Center in Buffalo, where inspectors found COVID-19 positive patients mixed on the same floors with people not known to have the virus.

During one April inspection, a housekeeper was observed entering a COVID-19 patient’s room wearing a ripped mask that left her nose exposed. She then went into the room of a resident who didn’t have the virus without changing her gown or mask or properly washing her hands.

The housekeeper told the inspector she didn’t change the gown because she was given only one per shift because of a shortage.

Phone and email messages left for administrators at the nursing home were not immediately returned.

The coronavirus exacted a punishing toll on nursing homes throughout the U.S. last spring. In New York, state officials report that at least 6,656 residents of elder care homes died, though that number is an undercount that doesn’t include patients who died after being transferred to hospitals.

Gov. Andrew Cuomo announced in April that homes could face $10,000 fines per violation or lose their license for failing to follow the rules.

Inspectors found infection-control violations at 62 nursing homes — or about one in 10 in the state, Montag said. Six violations were classified as serious enough to put patients in immediate jeopardy.

The tally of fines from state inspections was first reported by the USA TODAY Network New York.

Stephen Hanse, president and CEO of the New York State Health Facilities Association and the New York State Center for Assisted Living, said most, if not all, the fines were for “easily correctable” issues and questioned whether fines are the best way to help improve safety.

Nursing homes, he said, are still struggling to obtain enough staff and protective gear while sorting out sometimes-conflicting state and federal regulations.

“So to levy fines on providers really just to secure revenue, it’s really not in the best interest of ensuring adequate resources to continue to provide care and fight this pandemic,” Hanse said.

Lindsay Heckler, attorney for the Buffalo-based Center for Elder Law and Justice, said infection controls in nursing homes everywhere in the U.S. have long been lacking.

“I think it’s a wake-up call for these nursing home administrators,” she said. “It’s in the public eye and we as a society are not going to allow for it anymore.”

New York now requires patients to test negative for the coronavirus before they are admitted to nursing homes. It has eased restrictions on visitors who might bring the disease in with them but requires that facility staff get tested weekly and have access to a 60-day supply of protective gear.

In the early months of the outbreak in New York, some nursing homes had problems acquiring enough protective equipment or were lax about distributing it to staff or patients.

The 200-bed Harlem Center for Nursing and Rehabilitation in New York City was fined $24,000 after a May inspection found infection-control problems, including patients not wearing masks.

“If a resident has COVID symptoms, they are offered a mask during care. Otherwise, residents are not offered masks on the unit,” the inspection report said. “The unit is a dementia unit, and the residents are not encouraged to practice social distancing.”

A spokesperson for the nursing home, David Simpson, declined to comment.

In addition to infection-control violations, inspectors cited at least eight nursing homes for failing to accurately report COVID-19 deaths to the state or for letting the relatives of patients wait days and weeks to learn about new infections and deaths within facilities. 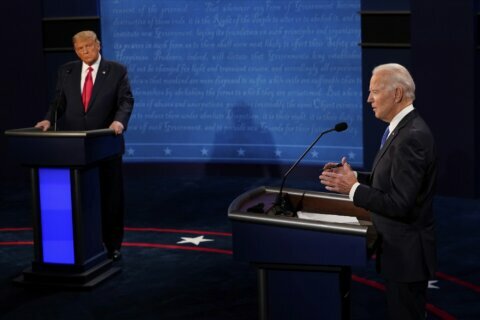