ATLANTA (AP) — A federal hearing on a challenge to Georgia’s voting machines was interrupted Friday when someone began posting video and symbols during the live Zoom session, including images from the Sept. 11 attacks, a swastika and pornography.

Before the interruption, there were roughly 100 people signed in as participants and observers to the high-profile hearing.

During testimony by a voting machine company executive, at least two people — one with the user name Osama — began posting rapidly changing videos and still images, some accompanied by music, by sharing their screens with the video conference. The court quickly ended the Zoom session.

The hearing resumed via Zoom about an hour later with a virtual waiting room set up so that participants and observers had to be admitted by the court staff. A member of the court staff was designated to share exhibits sent by attorneys and to unmute people who needed to speak.

The hearing in the long-running fight over Georgia’s voting machines began Thursday afternoon and continued Friday.

Election integrity activists and individual voters who filed the lawsuit say Georgia’s voting machines are unaccountable and unverifiable and have security vulnerabilities resulting in an unconstitutional burden on the right to vote. They’ve asked U.S. District Judge Amy Totenberg to order the state to use hand-marked paper ballots for the November election.

State officials argue that the new machines have been thoroughly tested and that security measures will prevent problems. They also say it would be costly and too difficult to make a switch with so little time remaining before the general election.

During the two-day hearing, Totenberg heard from experts in computer security, election technology and statistics, as well as from state and local election officials. Some of the testimony took place outside of public view with just the judge and attorneys present because, the attorneys said, it had to do with sensitive security issues.

Experts called by the plaintiffs testified that the touchscreen ballot-marking machines used in Georgia’s new system can be misconfigured, hacked or infected by software bugs. The physical security measures in place are insufficient to guard against threats, they testified.

The fact that a machine, not a human, marks the ballot means there’s no direct record of voter intent, making meaningful audits impossible, the plaintiffs’ experts testified. They also raised concerns that the settings on the system’s scanners don’t always flag for human review the hand-marked absentee ballots whose ovals haven’t been completely filled in, resulting in some votes not being counted.

Because the state’s current election rules require polling places to have paper ballots that can be completed by hand in various emergency situations, a switch to using hand-marked paper ballots for all voters except those with disabilities shouldn’t be difficult, the plaintiffs argue.

Witnesses called by the state testified that the machines have been tested and that security measures in place would allow incursions to be detected.

Totenberg asked questions of the witnesses throughout the hearing. She seemed concerned by the issue of scanners not counting certain votes, had a lot of questions about the effectiveness of the state’s proposed audit procedures and appeared bothered by problems with the electronic poll books used to check voters in at polling locations.

She did not say when she plans to rule, but she has made it clear that she understands the urgency of the matter given how close the election is.

Montana mailed ballots must be received by Nov. 3 to count 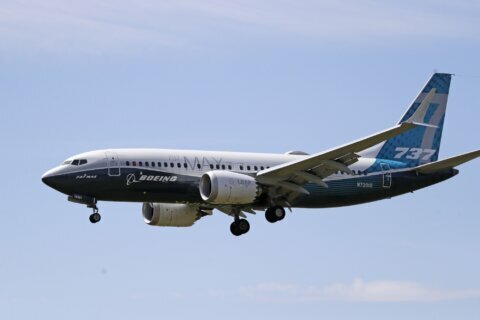